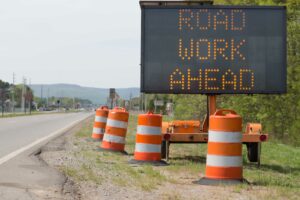 Missouri will receive an $81.2 million Infrastructure for Rebuilding America (INFRA) grant from the U.S. Department of Transportation to build a new I-70 Missouri River Bridge at Rocheport.

The grant will enable a $240 million project to replace the existing four-lane I-70 bridge with a six-lane structure built just to the south of the current location, as well as reconstruct the interchange just east of the bridge. The existing bridge, which was built in 1960, will continue to be used during construction, meaning there will be very few impacts to traffic. Construction is likely to begin sometime in 2021.

The grant will also construct climbing lanes on I-70 at Mineola Hill in Montgomery County, which will improve safety and traffic flow through the Loutre River valley.

“Since becoming Governor, improving Missouri’s infrastructure has been a major focus for our administration. The Rocheport bridge has long been in need of repair, and we’re thrilled that we now have the funds to complete this critical project and trigger our bold transportation plan,” Governor Mike Parson said. “Transportation drives our economy, and replacing the bridge is a major step toward maintaining our highway system and ensuring we have the framework for access and expansion in the future. We appreciate Senator Blunt, Secretary Chao, and President Trump’s continued support and commitment to infrastructure in Missouri.”

Receipt of the grant will also trigger $301 million in state bonding, authorized by the Missouri General Assembly during the 2019 session, that will repair or replace another 215 bridges across the state. The bonds will be repaid out of state general revenue over a seven-year period.

“This is a big win for Missouri. This transportation funding reflects the urgent need to invest in our state’s infrastructure to ensure our roads and bridges remain safe and open for commerce,” said Daniel P. Mehan, Missouri Chamber president and CEO. “This federal announcement also triggers $301 million in additional state funding as part of Gov. Mike Parson’s plan to speed up work on the most deficient bridges across the state. This is a big step forward for safety and commerce in our state as we continue to seek ways to invest in our transportation system for the future.”

It will also free up $301 million that was already committed to these bridge projects in the current Statewide Transportation Improvement Program to enable other high-priority transportation needs across the state. Projects will be identified in cooperation with local planning partners.

“I want to thank Governor Parson for his leadership and commitment to Missouri’s infrastructure needs,” MoDOT Director Patrick McKenna said. “This could not have happened without his determination and unwavering support of infrastructure investment. Senator Blunt, Senator Hawley, Representative Graves, and other members of the Missouri Congressional delegation are to be commended for keeping the project top of mind in the nation’s capital. Thanks, too, to leaders in the City of Columbia, the City of Boonville, and Boone and Cooper counties for their commitment of $4.2 million in local funds that when leveraged with state and federal dollars will make a new bridge a reality.”