A law intended to protect Missouri consumers is now more commonly being used against them to line the pockets of trial attorneys.

Gas dealers, rental companies and food manufacturers are targets of lawyers hunting for reasons to sue under the lax Missouri Merchandising Practices Act (MMPA). In lawsuits like this, “deceived” consumers take home a few dollars while the lawyers reap millions.

These junk lawsuits make it harder for companies to compete in Missouri and increase the cost of many goods and services.

Sen. Caleb Rowden, a Republican from Columbia, has introduced Senate Bill 832 to restore the law to its intended consumer-protection mission.

“A case from earlier this year that punctuates these issues, I believe, is a claim brought against Hershey’s for slack-fill in Reese’s Pieces and Whoppers containers that was allowed to survive a motion to dismiss by a federal court in Missouri under the MMPA, despite the fact that packaging showed the amount in each serving, the number of servings and the weight of the packaging,” said Rowden. “This bill lays the groundwork for important reforms that I believe will stabilize our litigation environment, keeping any number of channels and avenues for people with legitimate claims to have their day in court, while telling ill-motived plaintiff’s attorneys that the game is over and Missouri will no longer be party to these dangerous schemes.”

The Missouri Chamber of Commerce and Industry has backed MMPA reform efforts for several years.

“Missouri has been a battleground for some of these meritless claims. Other states that require a reliance on deceptive or fraudulent practices are able to weed out a lot of those claims. They are able to look at the claim, decide that the plaintiff did not act reasonably in light of the circumstances and did not rely on deceptive or fraudulent practices,” says Justin Arnold, general counsel for the Missouri Chamber.

The MMPA was originally enacted to prohibit deceptive practices in the sale of products and services. Then amendments started eroding the law, allowing personal injury lawyers to recruit supposedly defrauded clients for consumer lawsuits and opening the door for private lawsuits to seek punitive damages, attorneys’ fees and monstrous class actions.

They can also target allegedly unlawful practices outside Missouri if a Missouri consumer is affected. According to a study by Northwestern University, this resulted in a shocking 678 percent rise in reported decisions of consumer fraud claims from 2000 to 2009.

Read more here about why we need MMPA reform. 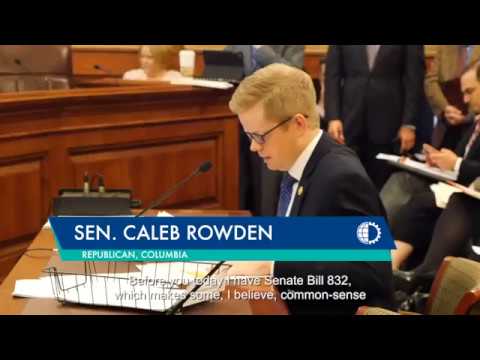