The negative reputation caused by our legal climate hurts Missouri’s ability to be competitive for economic growth opportunities. Improving our state’s competitiveness is one of the four key drivers of Missouri 2030, the Missouri Chamber’s strategic initiative for growth.

Gov. Parson’s decision to sign Senate Bill 7 into law, alongside other recently-passed tort reform measures, will bring greater fairness to our judicial system. The bill was sponsored by Sen. Ed Emery, a Republican from Lamar.

“The law signed by Gov. Parson today addresses a major reason why Missouri has annually ranked as having one of the worst legal climates in the nation. Starting today, Missouri will no longer be the nation’s courtroom,” said Daniel P. Mehan, Missouri Chamber president and CEO. “This law was years in the making and was one of the business community’s top priorities coming into the 2019 legislative session. I’d like to thank Gov. Parson, Sen. Emery and the leaders in the Missouri House and Senate for working to improve our legal climate and bring fairness to our state’s courtrooms.” 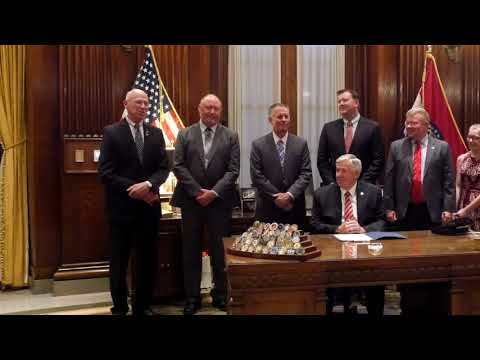