A Missouri Senate committee is considering an innovative idea that would empower businesses with new ways to upskill their existing workers.

Under Senate Bill 760, the state would help employers fund training programs that would quickly enhance worker skills. The grants would be up to $2,000 per training and would be tied to workers earning valuable new credentials.

The program is inspired by a successful effort in Ohio which has led to up to 27,000 residents there earning new professional technology industry credentials over the last year and a half.

The bill under consideration here would also help boost Missouri’s growing tech industry. The legislation is supported by the Missouri Chamber Technology Alliance. In addition, Senate Bill 760 would help businesses across many other industries.

The legislation is sponsored by Sen. Lincoln Hough, a Republican from Springfield. On January 25, Sen. Hough told a Senate committee that his bill is aimed at helping better prepare the state’s workforce, which remains a top issue for Missouri businesses.

“These are targeted, short-term credentialing requirements to create a better worker environment for our employers — that’s what we’re trying to do,” Hough said.

“When we look at attracting business investment to our state, one of the first things a site selector is going to look for is qualified talent to fill the jobs,” Corches said. “There’s not a single golden ticket that’s going to address the workforce shortage and our skills gap, but this is another vital tool.”

Corches said the bill would help also employers look within to find the skills they need. She also said it could help reduce turnover by helping employers invest in growing the skills and talents of their current employees — something vitally needed during a time many have termed the “Great Resignation.”

The bill now awaits a vote in the Senate Committee on Economic Development. 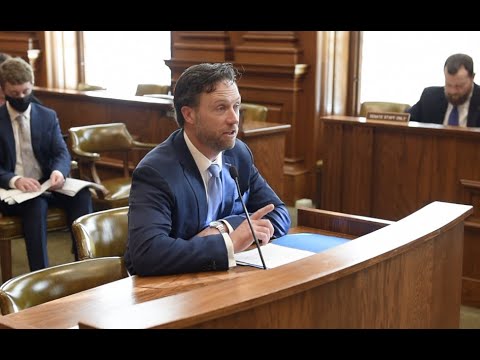