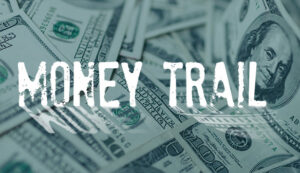 Which candidates are benefitting from the millions of dollars trial lawyers are pouring into Missouri elections each cycle? Which trial attorneys are spending the most? The Missouri Chamber of Commerce and Industry has an online tool called Money Trail to track trial lawyer contributions, which provides a clear view of the candidates who are funded by this affluent special interest.

A report released earlier this year revealed that Missouri ranks very near the bottom nationally for lawsuit climate. According to the U.S. Chamber Institute for Legal Reform, Missouri legal climate ranks 44th in the nation.

“That means that Missouri is the 6th best state in the country for suing employers and trial attorneys are willing to invest big to protect that cash flow,” said Daniel P. Mehan, president and CEO of the Missouri Chamber.

Aggregated daily from the Missouri Ethics Commission website, Money Trail shows a running listing of all recipients of trial lawyer donations since the 2014 election cycle. The data can be searched by specific election cycle. Recipients can also be searched by office or candidate name. Each candidate who appears on the listing can be selected to show the amount of the donations and names of donors.

“Many of these trial attorneys have spent more on political campaigns than average working Missourians spend on a home – just to increase litigation in the state of Missouri,” said Mehan. “Yet, it’s the average working Missourian who pays the price of excessive litigation through lost access to quality health care, lost economic opportunities, and increased costs of goods and services.”