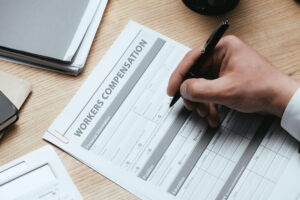 However, under current state law, the judges themselves operate with very little oversight.

A Missouri Senate committee has begun work on a bill that would help ensure the judges are competent and efficient in their work — to the benefit of both businesses and injured workers.

“This is an encompassing bill that has many moving parts,” said bill sponsor Sen. Karla Eslinger, a Republican from Wasola. “It is my intention and my hope to have a good piece of legislation that will help serve our communities that go through the workers’ compensation process.”

The impetus for the bill comes from the Missouri Department of Labor and Industrial Relations. Ben Terrell, legislative liaison for the state labor department, told the Senate Small Business and Industry Committee that the department was seeking more thoughtful oversight of administrative law judges.

“This is a good government bill, ensuring that tax dollars are being used where they should be and that employees and ALJs of the state are doing their job and doing a good job,” he said.

The Missouri Chamber of Commerce and Industry testified in support of the legislation, noting that the business community has a vested interest in making sure the workers’ compensation system is well-run.

“We support this bill because it provides more certainly that workers compensation cases will be handled in a timely and efficient manner,” said Carol Mitchell, Missouri Chamber general counsel.

For more information on this issue, contact Mitchell at cmitchell@mochamber.com or call (573) 634-3511.