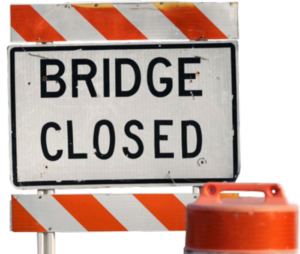 As a central state, Missouri’s economy is dependent on our connections. We are fortunate to have a well- developed network of highways, rail hubs and river ports that facilitate our economy. But our transportation system is critically underfunded.

While the prospect of exciting future technologies like the Hyperloop may dominate in the headlines — and certainly have their place in the vision for Missouri’s transportation future — Missouri’s business community is most concerned with the fundamentals.

“Transportation is a complex issue, but in Missouri the biggest challenge is simple — we need more funding,” said Daniel P. Mehan, president and CEO of the Missouri Chamber of Commerce and Industry.

Missouri transportation leaders estimate the system is underfunded by $825 million annually. That’s no secret to business leaders who ranked improving infrastructure and the transportation network among their top three most important priorities for the state, according to a 2019 poll of Missouri CEOs.

That’s not to say there hasn’t been progress. Gov. Mike Parson and leaders in the legislature took bold action in 2019 to begin addressing our transportation needs. After a 2018 effort to pass a fuel tax increase was rejected at the ballot box, the governor proposed a new plan to utilize bonding to raise hundreds of millions of dollars for critical repairs, without raising taxes.

Ultimately, the Missouri General Assembly approved $301 million in bonding to repair or replace 215 bridges — but only if Missouri received additional funding via a federal Infrastructure for Rebuilding America (INFRA) grant.

The Missouri Dept. of Transportation (MoDOT) won the INFRA grant in July. This success triggered the bonding legislation, which will be repaid out of state general revenue over a seven-year period. This $81.2 million will allow MoDOT to replace the Missouri River bridge near Rocheport while the existing bridge is kept open, averting hours-long traffic delays that would have occurred had MoDOT been forced to resort to merely repairing the current bridge.

In August, MoDOT earned another federal grant of $20.7 million from U.S. Dept. of Transportation’s Competitive Highway Bridge Program, which will enable the replacement of about 40 bridges in north Missouri.

However, Missouri still has one of the nation’s largest but lowest-funded transportation systems. And even excluding the many bridges slated for repair or replacement with the new funds, hundreds of bridges on state highways remain in poor condition.

MoDOT works tirelessly to stretch its meager budget. But all the belt-tightening in the world can’t create funding that simply isn’t there.

“The cost of doing nothing is recognized as being more expensive than actually fixing this problem, so things like the Missouri Chamber’s 2030 plan that put emphasis on the long-term significance of this issue I think are vitally important to help solve the issue in the present,” said McKenna.

Fortunately, Gov. Parson’s administration isn’t taking a back seat on the issue in 2020.

“Our administration has and will continue to focus on building up Missouri’s infrastructure, specifically its transportation infrastructure,” said Gov. Parson in a recent press release.

Likewise, the Missouri Chamber is strongly committed to fighting for more investment in Missouri’s infrastructure.

Click here to read all of our 2020 Transportation Agenda action items.