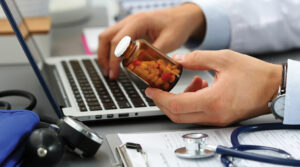 On Feb. 17, the Missouri House of Representatives voted to approve House Bill 1693, which would create a statewide prescription drug monitoring program.

Missouri is the only state in the nation that lacks a statewide prescription drug monitoring program, often simply referred to as a PDMP. These programs serve as critical tools physicians and pharmacists need to identify patients who “pill shop,” a practice where people can attain multiple prescriptions from different doctors across a region.

“This program allows our physicians and our medical professionals to get to the root of the problem, which is curbing addiction,” said bill sponsor Rep. Holly Rehder on the House floor before the vote. “We need to stop addiction. We want to stop our kids, our family, from getting addicted in the first place…The PDMP is a cornerstone in this fight.”

The Missouri Chamber and the business community are in strong support of a statewide PDMP, which would help to prevent pill shopping and related deaths in communities across the state, as well as lower employers’ costs associated with prescription drug abuse.

The Missouri Chamber continues to advocate for the legislation’s passage. The House bill has now moved to the Senate for consideration and the Senate version of the Narcotics Control Act carried by Sen. Tony Luetkemeyer, SB 677, is awaiting discussion on the Senate floor as well.