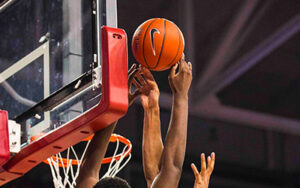 In early March, Missouri was the center of the college basketball universe.

It tipped off with Arch Madness in St. Louis as 10 teams and thousands of fans arrived for the Missouri Valley Conference tournament.

The next week, 24 more teams and even more fans were in St. Louis and Kansas City for the Southeastern Conference and the Big 12 tournaments.

The tournaments packed hotels and restaurants, boosting the local economies. The games were broadcast on television and generated lots of national news coverage featuring action in Missouri’s two largest cities.

These successful events also showcased the value of Missouri’s sporting event tax credit, which helped lure the tournaments to the state.

That tax credit will expire in 2019 unless the Missouri legislature takes action. The extension discussion began in the Missouri House of Representatives on March 13 as a committee heard testimony about why the state should continue offering incentives to bring sporting events to Missouri communities.

The existing tax credit passed into law in 2013. It works differently than the sports event incentives used by most other states, which typically set aside a pot of money to be used to lure events. Missouri’s method, on the other hand, is to provide tax credits following a successful event. It’s an innovative incentive system used by only a few other states.

Since the tax credit passed into law in 2013, Frank Viverito, president of the St. Louis Sports Commission, said it has served as a “lifeline and a revenue generator for the sports event industry.”

“These events happened during a normally quiet time for tourism in our state and our city,” she said. “The tax credit has been a game changer.”

Rep. Jean Evans, a Republican from Manchester, is proposing to extend the tax credit through 2030.

Her House Bill 1438 would also allow participant-driven events, such as amateur soccer or baseball tournaments, to use the tax credit, a change from the current law.

In addition, House Bill 1438 specifies that a portion of the tax credits each year would go to smaller communities that want to utilize the law to bring in events that attract tourists.

Joe Ward, director of the St. Charles Convention and Visitors Bureau, said the changes would help him compete to bring the national horseshoe championships to his community. The event generates 8,000 hotel room night stays and a $5 million economic impact.

Ward said the event would be a natural fit for his community, which is home to the National Horseshoe Pitchers Hall of Fame.

“This would allow us to bring it here, where it should be,” he said.

The Missouri Chamber of Commerce and Industry supports extending this tax credit and the changes included in House Bill 1438.

Why would this bill be a win for your business? Let us know!