REAL ID extension granted: Missouri licenses will work at airports for another year 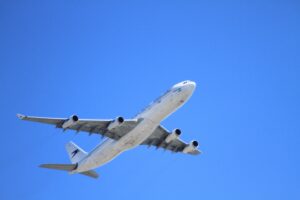 Missouri residents will be able to board airplanes and access federal facilities with their current state-issued driver’s licenses or identification cards at least through October 10, 2018. The Department of Homeland Security granted the state another extension as the Department of Revenue (DOR) has submitted its plan for compliance with the federal law.

The federal REAL ID Act was passed in 2005 in response to the terrorist attacks perpetrated on September 11, 2001. Part of the federal act requires states to change portions of their driver’s licenses as well as the background information required when individuals apply for a license. The part of the federal act that has given many state policymakers pause is the requirement that states retain paper and digital copies of source documents presented by license applicants. Source documents must include information such as a social security number, date of birth and home address. 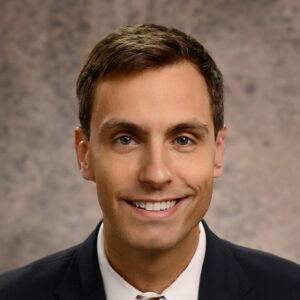 In 2009 the General Assembly voted to ban the DOR from implementing the federal REAL ID Act. However, as soon as 2010, Missouri was lauded by the Obama administration for taking steps to comply with the REAL ID Act. In 2013, state legislators questioned DOR officials following disclosure of DOR’s compliance with the federal law, in circumvention of the state law. Finally, in 2017, the legislature and DOR formulated a plan to comply with the federal law, and left the decision on which type of license to get up to individuals.

In 2017, the Missouri General Assembly passed House Bill 151, sponsored by Representative Kevin Corlew, a Republican from Kansas City. This bipartisan legislation sets up a framework for DOR to meet the requirements of the REAL ID law when issuing driver’s licenses and identification cards.

Once DOR’s new ID system is operational, Missouri residents will have the option to have a REAL ID-compliant license or not. Individuals choosing REAL ID-compliant licenses will be able to use those licenses to board commercial airplanes, access military bases, and enter most federal facilities. The information they submit to DOR to obtain their licenses will be retained for a limited amount of time and then destroyed. Individuals choosing to have non-REAL ID-compliant licenses will not be able to use their state-issued licenses to board airplanes, access military bases or enter most federal facilities. These individuals must use a passport for such purposes. However, the information used from their source documents when applying for a state-issued license will only be used for verification and not retained for any amount of time.

Any extra requirements placed on travelers will have a detrimental impact on business in Missouri and across the country. A Missouri resident choosing to have a non-REAL ID-compliant license must have a passport to fly domestically or access our military bases at Fort Leonard Wood or Whiteman Air Force Base.

Thanks to efforts made in the legislature and by the administration, Missourians know they can fly with ease for the next 10 months and the state is on track to have a permanent solution in the near future.