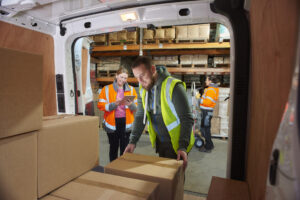 On a vote of 32-0, the Missouri Senate has passed a bill that would prohibit the Department of Revenue from assessing sales tax on delivery fees. The legislation is Senate Bill 16, sponsored by Lee’s Summit Republican Sen. Will Kraus.

“Employers want consistency in tax policy. When the rules abruptly and arbitrarily change like what happened in this case, it leaves employers wondering what is going to change next,” said Tracy King, Missouri Chamber vice president of governmental affairs.

Prior to 2015, sales tax had never been assessed on delivery fees. But a 2015 Missouri Supreme Court ruling, Alberici Constructors Inc. v. Director of Revenue, reversed that interpretation by allowing the taxation on the delivery fees of a crane that was used by the construction company on a worksite. The holding in Alberici is inconsistent with historical interpretation.

“This is an overreach by the Department of Revenue to expand employer tax liability,” said King. “This could mean thousands of dollars in additional taxes on employers on services that were never assessed before. In the past, delivery and shipping charges were not subject to sales/use tax if they were optional and separately stated on the invoice.”

“We appreciate Sen. Kraus’ ongoing fight to protect employers by passing legislation to keep laws consistent and fair. He has been a real champion on that front,” King said.

Sen. Will Kraus sponsored legislation in the last legislative session that requires the Department of Revenue to send notification when corporate tax law is changed. While the DOR sent a notification about the delivery sales tax change, the notice was not clear about the impact.