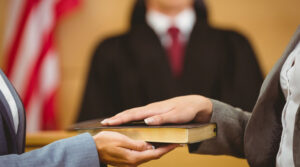 The Missouri General Assembly has completed work on an important bill that raises Missouri’s expert witness standards up to par with much of the rest of the nation—an important step as the legislature works to improve Missouri’s legal climate. House Bill 153 will become law with a signature from Gov. Eric Greitens.

House Bill 153 will provide the same high standards for trial evidence that are currently required in federal courts and 40 other states. Called the Daubert

standard, it ensures that only evidence deemed relevant, reliable and provided by qualified individuals will be admitted as expert testimony. Expert witnesses are very influential in shaping the outcome of cases. Under the Daubert standard, the judge serves a critical role making sure an expert witness meets certain basic criteria.

“For far too long, Missouri’s lax witness standards have allowed junk evidence into our courtrooms, a situation that has contributed to our state’s status as having one of the worst legal climates in the nation,” said Daniel P. Mehan, President and CEO of the Missouri Chamber of Commerce and Industry. “This is a very important step forward for Missouri and I’d like to thank Rep. Kevin Corlew, Sen. Doug Libla and all the supporters in the Missouri General Assembly for seeing this legislation through years of discussion debate.”

The bill now needs a signature from Gov. Greitens to become law. He is expected to sign the bill as he supports legal climate reform and called for fixing Missouri’s expert witness standards during his first State of the State Address earlier this year.