The urgent business case for a statewide approach to crime

The following op-ed was originally published in the St. Louis Business Journal.

“We were taking fire on the fourth floor.”

I’ll never forget standing with that executive, listening to them describe the terror of bullets pummeling their Missouri factory.

Sadly, that’s not the only time I’ve heard a story like this in recent years. 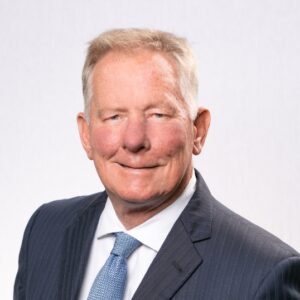 Like the company owner pointing to the pockmarked bullet holes in their business’ façade. I’ve also seen shot-up workplace windows, shards of glass suspended around a tiny hole where a bullet was fired into an office.

I’ve had CEOs point out where spent casings were found on company property, or describe how employees have heard gunfire while at work.

Despite the damage, these companies often tell me they weren’t being targeted — they were just a backstop for the violent crime crisis happening across Missouri.

It’s time for this to stop. The Missouri business community is collectively calling for action.

The Missouri Chamber of Commerce and Industry recently surveyed business leaders about their thoughts on public safety. Most said they thought crime is negatively impacting our overall state economy. Three out of four urged the Missouri Chamber to use our collective power to address this issue on a statewide level. 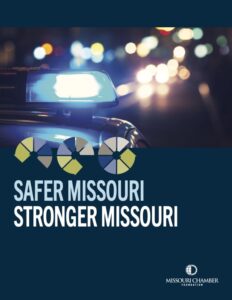 The Missouri Chamber is taking a new stand, starting with the release of our Safer Missouri, Stronger Missouri plan. It illustrates how public safety issues are impacting businesses across Missouri, and identifies positive steps we can take to address this problem.

The statics we found are appalling. Missouri is a top 10 state for a host of undesirable crime measures. We rank sixth in violent crimes per capita. We are ninth highest in property crimes per person. We are fourth in gun deaths.

I want to reinforce that these are not St. Louis or Kansas City statistics — these are statewide numbers. While crime is certainly worse in some places, today’s businesses are being impacted everywhere, across nearly every Missouri community.

Fortunately, local leaders in our cities and rural areas are already focused on doing what they can to push back against crime. But it’s clear that this is more than just a local issue — we need a strong statewide response to what has become a statewide problem.

Our new report includes dozens of ideas — many successfully deployed by other states — that can help improve public safety in Missouri.

While the response to crime has become highly political and divisive, we are focused on ideas that can be passed at a statewide level and with united support from both Republicans and Democrats. Gov. Mike Parson has encouraged us in our work and is a champion for making Missouri open — and safe — for business.

We are taking these ideas straight to the state capitol, where last year lawmakers filed 30 bills to improve public safety, but only two passed.

This has got to change.

The Missouri Chamber is going to make this a top priority going forward — and our approach to finding solutions works. Thanks to our recent efforts, Missouri is leading the post-pandemic economic recovery. We are overtaking other states in rankings of job creation, per-capita income and GDP. Our state is among the leaders for tech industry growth.

As we turn our focus to public safety, we won’t stop until we see similar gains. The business community is united behind addressing this issue.

Our offices, factories and retail stores will no longer be the bullet-laden backdrop for our state’s crime problem.

If we want a stronger Missouri, it starts with building a safer Missouri.

Missouri legislators are considering a plan to support the training and education of the next generation of utility workers. On Feb. 7, 2023, the Senate Commerce, Consumer Protection, Energy and […]

The threat of cyberattacks on business is more severe today than ever before. With this in mind, the Missouri Chamber of Commerce and Industry is in strong support of HB […]

The Kansas City Chiefs and the Philadelphia Eagles will meet each other next weekend during Super Bowl LVII in Arizona, and a friendly wager placed between the Missouri Chamber of […]