In order to fix an erosion in employment discrimination law set forth by the Missouri Supreme Court in 2014, a Senate committee heard a bill by Sen. Dave Schatz, a Republican from St. Louis County, that would tip the scales of justice back towards employers. Senate Bill 876 is a legislative solution to the Supreme Court decision in Templemire v. W & M Welding which opened up Missouri employers to greater lawsuit liability under workers’ compensation laws.

The 2014 Missouri ruling eroded the standard for which terminated or otherwise aggrieved employees must prove to succeed in a discrimination claim against Missouri employers.  After Templemire, employees only have to prove a prior workers’ compensation claim was a “contributing factor” in their dismissal or demotion in order to win a lawsuit claiming wrongful discharge or retaliation.  This disregards 30 years of case law requiring a prior workers’ compensation claim be the “exclusive” reason for the employee’s discharge or other retaliatory act.

“The 2014 decision exposed employers to increased liability and lowered the hurdle to make a claim for discrimination,” Brian Bunten, general counsel for the Missouri Chamber of Commerce and Industry, testified. “We support raising the standard to a “motivating” or “exclusive” factor.” 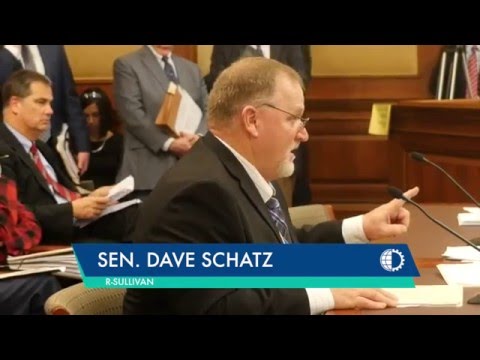 Sen. Schatz is also working to address problems caused by a 2015 Supreme Court ruling in Greer v. Sysco Foods. The court’s decision in this case threatens to allow workers’ compensation claims for temporary disability benefits to go on unfettered for the maximum amount of weeks allowed under current law with little resistance. This would give injured workers the ability to indefinitely seek new periods of temporary disability payments as they undergo additional medical treatments even years after a determination was made that the injured employee can no longer improve his or her condition.

Senate Bill 1027 would establish a “maximum medical improvement” definition in Missouri’s workers’ compensation law. Under this definition, “maximum medical improvement” is when an injured employee’s medical condition has stabilized and can no longer reasonably improve. Passing this law would create a clear point in time when temporary disability payments end and permanent disability payments begin.

The Missouri Chamber supports this effort, which was heard alongside Senate Bill 876 during the Senate Committee on Small Business, Insurance and Industry on March 15, 2016. 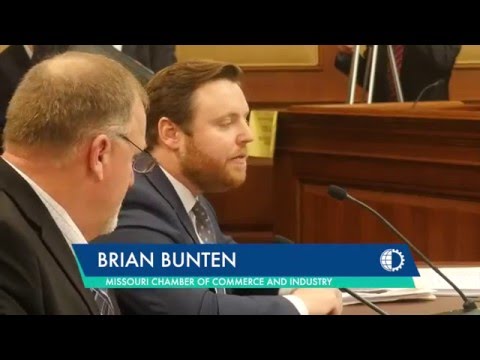 For more information on the bill, contact Brian Bunten at bbunten@mochamberdreampress.stage.site, or by phone at 573-634-3511.