Our take: Gov. Eric Greitens delivers his first State of the State Address

Dan Mehan, president and CEO of the Missouri Chamber of Commerce and Industry, issued this statement following to the 2017 State of the State Address:

“Gov. Eric Greitens’ message to Missourians tonight was simple: if we grow more jobs, we will provide more opportunities for Missouri. The path to achieve that mission, however, will not be easy.  Missouri has gone through years with a governor that ignored common sense economic policy.  Right-to-work legislation was vetoed. Legal reforms were vetoed. The courts were allowed to erode our workers’ compensation and unemployment insurance systems. Economic and workforce development were overlooked.  As a result, Missouri has fallen behind.

“From 2004-2014, Missouri’s job growth was ranked 42nd among all states. Missouri ranked 43rd in growth in gross domestic product during that same time.

“The Missouri Chamber supported Eric Greitens during the election because we saw a leader that would take a hard and honest look at what Missouri needed to do to be more competitive and who would be willing to put in the work it would take to turn a struggling economy around.

“We support him in the difficult task of balancing the budget, standing up to unions and trial attorneys and finding common ground and consensus on difficult issues such as economic and workforce development.

“We’ve seen where ignoring challenges has taken our state. We’re ready to take Missouri somewhere better, and based on his message tonight, we believe Gov. Greitens has the plan to do that.” 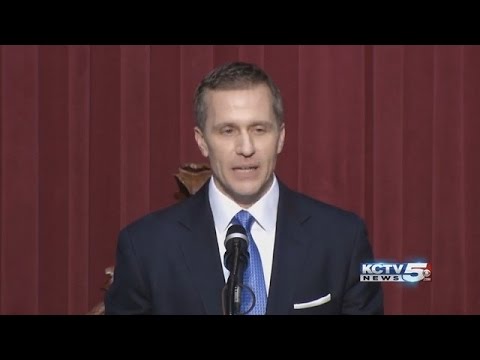