In our legal system, punitive damages can be a useful tool used to punish defendants that intentionally cause harm. But in Missouri, punitive damages are too often being abused by trial attorneys in an attempt to drive up payouts from businesses.

That’s where House Bill 2119 by Rep. Kirk Mathews comes in.

“The purpose for punitive damages is to punish and deter. However, it’s become a way too common practice for a plaintiff’s lawyer to automatically file for punitive damages on nearly every case,” said Mathews, a Republican from Pacific. “[This bill] requires the evidence to be clear and convincing to prove punitive damages are in order. Several states have adopted this standard and it is current case law in Missouri. The bill establishes that to approve punitive damages, it must be proved the defendant wrongfully and intentionally harmed the plaintiff without just cause or excuse.”

Mark Behrens with Shook, Hardy & Bacon gave a brief history of what the law was originally intended to achieve.

“In 1991 the Supreme Court of the United States comes out and says, ‘punitive damages in this country have run wild.’ Because they were coming from a framework where 20 years earlier, punitive damages were reserved for a narrow category of what were mostly the intentional tort cases,” Behrens said. “Instead of continuing to treat the symptoms of punitive damages run wild, [the bill] provides a cure for the cold itself by restoring the traditional intent framework that existed throughout much of Missouri and national punitive damages history.”

Behrens added that because of the higher prices of goods and services that awards like these result in, the ordinary consumer ultimately pays the cost.

Justin Arnold, general counsel for the Missouri Chamber, voiced support for the bill and specifically mentioned the importance of one of the bill’s provisions which allows for a judge to listen to a motion for leave to add punitive damages count to the pleading.

“I think this bill will help define when punitive damages are available and help ensure they are being used appropriately in Missouri,” says Arnold. “It will bring more certainty and integrity to our state’s legal system and give everyone a greater understanding of when punitive damages come into play.”

HB 2119 is an important part of the civil justice reform legislative agenda the Missouri Chamber is pursuing this session. Other bills currently under consideration by the Missouri General Assembly include legislation that would: 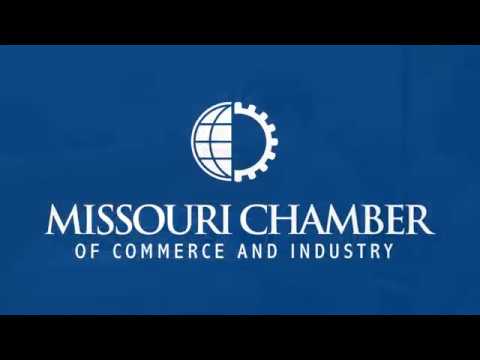