A bill to protect Missouri’s small franchise owners from being unfairly pulled into national lawsuits has been passed by the Senate.

By a vote of 24-7, the Senate passed Senate Bill 38. The bill addresses a problem that began in 2015. That year, the National Labor Relations Board created legal peril for these small local companies by replacing a clear, bright-line joint employer definition with a vague, multi-factored standard. Recent research showed this change has cost businesses across the U.S. between $17–33.3 billion annually and killed up to 376,000 potential jobs.

Twenty other states have adopted legislation that protects the independence of small franchisees and stops them from being linked to national lawsuits. Senate Bill 38 seeks to bring similar legislation to Missouri with the Small Business Franchise Protection Act.

During a Senate committee hearing on Jan. 31, bill sponsor Sen. Bob Onder said that historically franchisors and franchisees have been held as distinct legal entities.

“Until 2015, the decades-old standard was that the NRLB only found two separate businesses to be joint employers if the putative joint employer exercised direct and immediate control over the employees at issue,” said Sen. Onder.

Senate Bill 38 now moves to the House of Representatives. The Missouri Chamber of Commerce and Industry will continue to advocate for its passage. 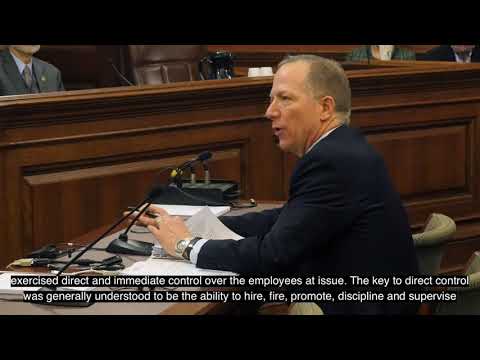