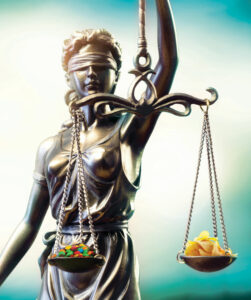 A bill to curb frivolous slack-fill lawsuits in Missouri has passed the Senate Committee on Government Reform and can now proceed to the Senate floor.

On April 9, the committee voted out Senate Bill 498, which was put forward by Sen. Eric Burlison (R-Republic).

“We call ourselves the Show-Me State but unfortunately, Missouri has become the Sue-Me State,” said Burlison at his bill’s initial hearing.

Cases involving slack-fill — the empty space included in some product packaging — continue to be filed in Missouri despite the fact that it is implausible for a reasonable consumer to claim they were somehow tricked by the appearance of a package when that package is clearly labeled with the weight or quantity of product it contains.

The bill would help end slack-fill lawsuits in Missouri, freeing up more court time and resources for legitimate cases. It would also help keep product prices low for consumers because businesses would no longer have to fund costly legal defenses against these frivolous lawsuits.

The Missouri Chamber is leading a coalition of associations supporting this legislation. The chamber is also advocating for other common-sense reforms to the Missouri Merchandising Practices Act, which was originally enacted to prohibit deceptive practices in the sale of products and services but over the years has eroded to allow problems like this.