The existing MMPA, which was intended to protect Missouri consumers, is now more commonly being used against them to line the pockets of trial attorneys. These lawyers reap millions while “deceived” consumers take home a few dollars. Kehoe’s bill helps stop these junk lawsuits that are making it harder for companies to compete in Missouri and increasing the cost of many goods and services.

Punitive damages can be a useful tool used to punish defendants that intentionally cause harm. But in Missouri, it’s too often being abused by trial attorneys in an attempt to drive up payouts from businesses. Awards like these ultimately result in more expensive goods and services, which the ordinary consumer has to pay for. The punitive damages provision in this bill is aimed at stopping this costly attorney trick.

“What we hear from businesses the most is that they currently don’t feel like they get a fair shake when they go into courtrooms in Missouri, specifically in the city of St. Louis,” said Justin Arnold, Missouri Chamber general counsel. “So when we’re looking at the landscape of litigation around the state and around the country, this bill would have a huge immediate impact on turning that around for businesses and let them know that we’re open for business in Missouri.” 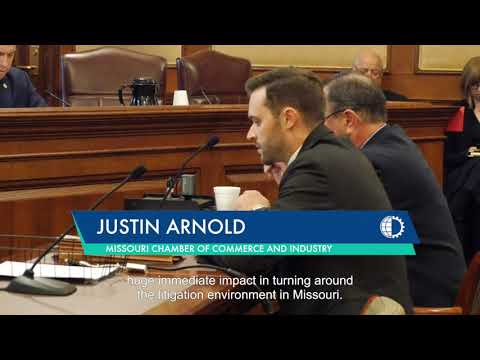