The study found that in the St. Louis market, trial lawyers spent $860,000 on nearly 14,000 television ads between April and June of this year. That amounts to 153 ads soliciting legal claims or advertising legal services every single day. Almost twice as many ads were purchased in Kansas City during the same time period, averaging nearly 10 ads each hour.

Missouri is being targeted by trial attorneys due to the fact that our state annually ranks as having one of the worst legal climates in the nation. Last year, the American Tort Reform Foundation called St. Louis the nation’s third-worst Judicial Hellhole.

The new report highlights the need for the Missouri General Assembly to do more to bring fairness to the state’s legal climate. One of the most important steps the legislature could take is to pass venue reforms, stopping attorneys from easily moving out-of-state cases to Missouri where they can take advantage of our legal system. 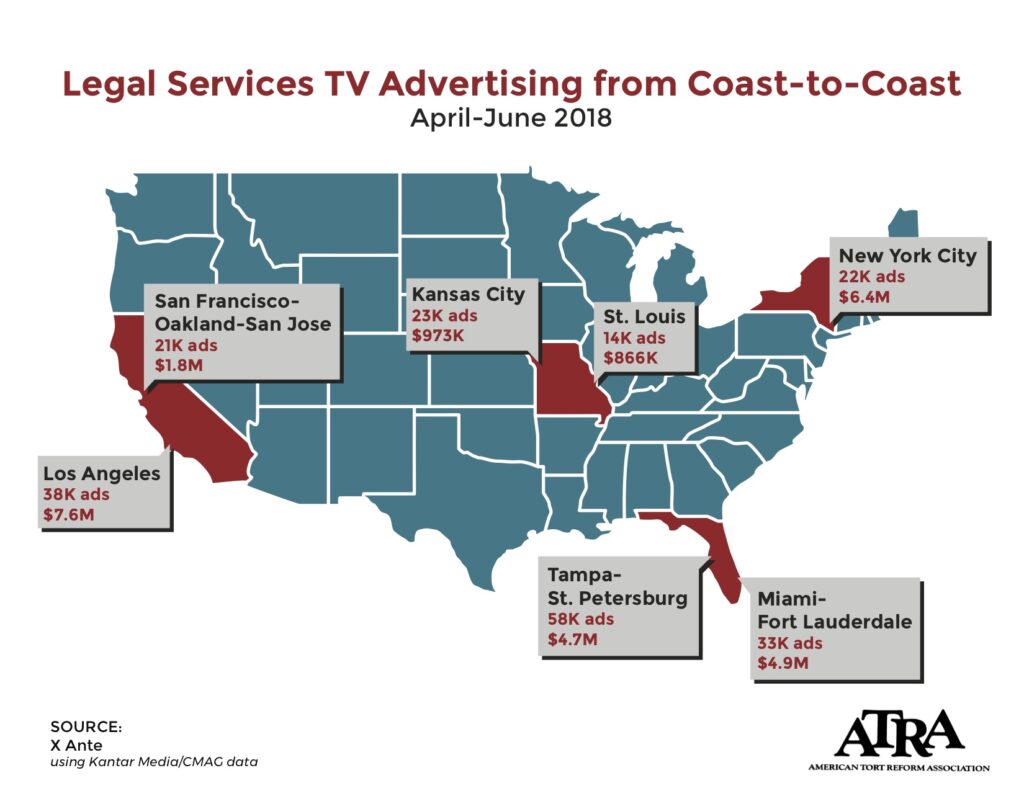