This October, factories threw open their doors for thousands of middle and high school students across the state on Manufacturing Day to demonstrate that modern manufacturing is anything but dark, dirty and dangerous. Businesses in plastics, metalwork, automotive parts and even fried chicken hosted events at their facilities to debunk old manufacturing stereotypes and showcase a variety of high-skill, high-paying jobs as future career paths for youth.

Students got up close and personal with cutting-edge technology and manufacturing operations, many of them for the first time. Throughout the day, groups toured massive warehouses, watched welders and robotic assembly lines at work and laughed when they ventured into chilly walk-in freezers.

“Before, I thought of factories as being a place where it’s really smoky and people are really sad and it’s not like anything that you’d want to be in,” said David Pirozhnik, a student at Missouri Military Academy. “But now that I come here, everyone’s happy, they’re working together. It’s like a huge team and like a family.”

Today’s factories are safer, cleaner and more high-tech than ever before – not to mention lucrative. In 2016, the average manufacturing worker in Missouri earned $61,400 per year including pay and benefits.

And it’s not just about better wages, it’s about affordable education. For those who don’t want to rack up thousands in college debt, manufacturing provides affordable alternative career paths. Many high school graduates trade long years of costly higher education for industry certifications that give them the skills they need to join the workforce sooner in well-paid positions.

Darrell Hale of PSF Brands in Holts Summit encouraged students to pursue certification in electrical and mechanical fields. “Everybody that we deal with out in the market across all 50 states cannot hire enough service techs today. All those service techs charge $60 to $110 an hour,” he told them.

With Missouri’s manufacturing output at $38.5 billion per year and totaling 13.11 percent of the state’s overall gross domestic product, there is an increasingly high demand for skilled labor. Over the next 10 years nearly 3.5 million manufacturing jobs will be needed across the country. Because of the skills gap, two million of those jobs are expected to go unfilled. Manufacturing Day is one event intended to help address this issue as part of Missouri Dream It. Do It., a Manufacturing Institute program facilitated statewide by the Missouri Chamber.

“I think it’s a great experience that all high school students should do,” Hale said about the event.  “There’s so many interesting jobs out in the market that a lot of them never know [about].”

“There’s such a high demand for skills that really aren’t out there and we’ve got a lot of jobs that we can’t fill now, let alone in the future,” said Waltemate, the plant manager at Spartan Light Metal Products in Mexico. “I think it’s a great opportunity for these kids to get exposed to what we do and hopefully find some interest in it. There’s a broad range of reactions, but definitely the more glamorous side of the automation and the technology really gets the kids’ attention.”

Cheyenne Brewer, a student at Fulton High School, is excited to pursue a career in the industry. She said she plans to go to State Technical College in Linn to become a mechanic. “Being able to take something apart and then fixing it or changing it, I think that’s pretty cool,” she said.

Manufacturers hope that participating in the program will attract more workers. Waltemate said that after the event he wants to continue to engage students throughout the rest of their high school education. “There’s got to be good benefits down the road,” he said. “It’s an investment in our future.” 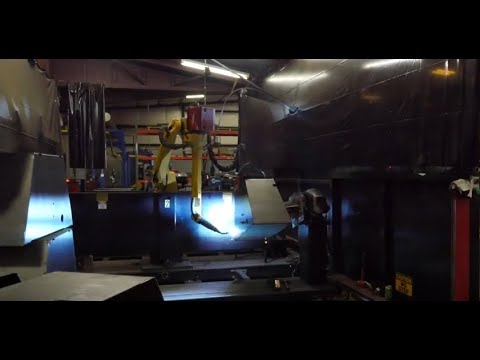