A Senate committee has begun discussing a common-sense bill that requires people who testify in court as expert witnesses – and who have the ability to significantly influence the outcome of cases – to meet basic standards. Brian Bunten, general counsel for the Missouri Chamber of Commerce and Industry, testified in support of the bill.

Sponsored by Sen. Mike Parson, a Republican from Bolivar, Senate Bill 591 would provide the same high standards for trial evidence that is required in federal courts and many other states. Called the Daubert standard, it ensures that only evidence deemed relevant, reliable and provided by qualified individuals will be admitted as expert testimony.

“Often, Missouri state judges have their hands tied by an outdated rule for admitting expert testimony—a rule that dates back to 1923 and has been abandoned by the vast majority of states in one form or another,” Bunten said.

The lack of this standard in Missouri is putting our state in the national spotlight.

“Earlier this year the US Chamber came out with a report that ranked Missouri’s judicial system 42nd out of 50,” Bunten highlighted during today’s hearing.  “A few weeks ago, the American Tort Reform Association ranked Missouri’s judicial system the fourth worst judicial hellhole in the United States, explicitly citing the lack of Daubert standard in our courtrooms as the reason for the poor rating.”

Only witnesses with personal knowledge about facts at issue in a trial may testify, with the exception of expert witnesses who can provide opinion testimony about complex scientific, technical and medical issues, for example.  By nature, expert witnesses are very influential in shaping the outcome of a case. Under Daubert, the judge serves a critical role making sure an expert witness meets certain basic criteria. 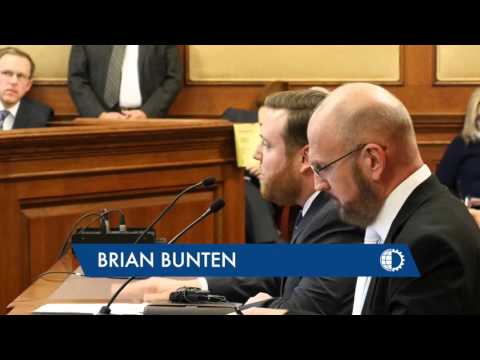