Businesses looking to either start up or to expand in Missouri’s rural areas often find it difficult to secure the investment capital they need. This week, two Missouri representatives proposed a new tax credit to help address that.

One of them is Assistant Majority Floor Leader Rep. J. Eggleston, a Republican from Maysville.

“Over 95 percent of that money that happens in those investments that are going on today all happen in St. Louis and Kansas City. Rarely are the smaller towns, the rural areas looked to for places to invest,” he said.

Eggleston’s House Bill 1236 would create the Rural Workforce Development Act, a tax credit for certain investments made in rurally-located Missouri businesses. An identical bill, House Bill 1230, was filed by Rep. Jeff Shawan, a Republican from Poplar Bluff. A House committee heard both bills on March 13.

To qualify to receive investment capital, Missouri businesses would need to have fewer than 250 employees and be located in a county with a population of less than 100,000.

On the investor side, eligible investment companies would apply through the Missouri Dept. of Economic Development and propose to create a certain number of jobs. The tax credit would be equal to a percentage of their capital investment — zero for the first two years and then 15 percent for the following four years.

“That’s after they’ve already created the jobs that are creating more income tax and sales tax revenue to the state that is greater than the amount of the credits themselves,” Eggleston explained.

“To give you an example of how extreme this is, the 8th Congressional District now, geographically, is more than a quarter of the whole state of Missouri and encompasses 30 counties. We lost a congressional seat. People are growing up and, if they get an education, they move away,” Shawan said. “So, a revitalization is necessary and to me, this sort of ‘carrot’ to help folks to invest venture capital in in rural Missouri is critical.”

Jeffrey Craver, a principal for Advantage Capital, pointed to numbers that show the imbalance between rural and urban access to capital.

“In the last five years, $415 million has been invested in either private equity, venture capital, or SBA type of investing in fewer than $5 million chunks — small access to capital — in the state of Missouri,” Craver said. “$19 million has been in these rural counties. That’s 4.6 percent. The population of the state is 36 percent rural, so you see a big disconnect.”

This legislation aligns with the workforce development recommendations in the Missouri Chamber Foundation’s Workforce2030 Report, which found that Missouri ranks 30th in job growth and that the state’s rural areas in particular are still struggling to return to pre-recession job levels.

“We think investment in job creation in rural Missouri is valuable not only to those communities, but for the entire state,” Missouri Chamber Director of Legislative Affairs Ross Lien said. 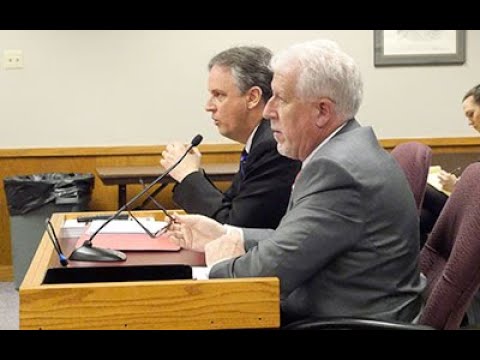