The Missouri House of Representatives has passed a bill to bring fairness and transparency to the asbestos trust system.

This bill would help reform the current practice of double-dipping by trial lawyers that depletes limited trust fund resources to the detriment of future claimants.

The legislation would allow for the fair allocation of fault and allow for plaintiffs and all victims to receive their compensation faster by filing the trust claims up front. Twelve other states have enacted similar laws.

The Missouri Chamber testified in support of the bill during a committee hearing in January.

“We’re seeing smaller businesses being pulled into the litigation. If there are liabilities, our member companies are willing to pay for those if there are legitimate claims,” said Justin Arnold, general counsel for the Missouri Chamber of Commerce and Industry. “Their concern is that there are other exposures being alleged in the trusts that our member companies are not aware of and are not able to defend against, and so this bill will bring both those aspects into the same arena so that those issues can be fairly litigated.”

The bill is sponsored by Rep. Bruce DeGroot, a Republican from Chesterfield. 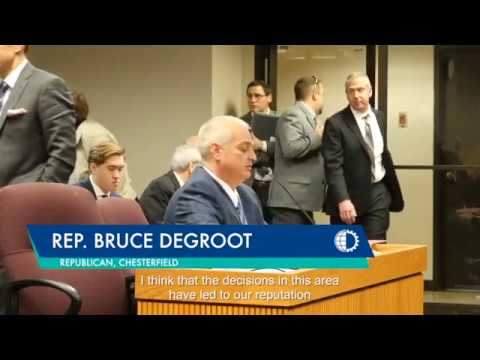