Missouri lawmakers are moving closer to approving critically needed funding for Missouri’s transportation system. A committee in the Missouri House of Representatives has unanimously approved Senate Bill 262, legislation that would provide more than $500 million annually in additional funding for MODOT to put toward roads and bridges.

The legislation, sponsored by Sen. Dave Schatz (R-Sullivan), would go a long way toward addressing the state’s $825 million annual transportation funding shortfall. The bill would phase in an increase in the gas tax by 2.5 cents each year over five years. It includes a rebate mechanism so that drivers who do not wish to pay the increase can get their money back. The legislation also phases in increased fees on electric vehicles.

A study released last week showed that passing Senate Bill 262 could create a $1.8 billion positive impact on Missouri’s economy. This would also create an overall increase of $722 million in earnings across the state and more than 17,000 jobs.

A broad coalition of Missouri stakeholders has come together to rally for action on transportation funding this year.

“Business and labor, rural and urban interests, Republicans and Democrats all agree that Missouri can no longer ignore the need to invest in the safety of our citizens and our economic future,” said Daniel P. Mehan, president and CEO of the Missouri Chamber of Commerce and Industry. “With this action taken by the Missouri House Transportation Committee, we have never been closer to finally passing this vital funding for our transportation system. We now call on the Missouri House to finish the job. In this year of recovery, there’s nothing better we could do than invest in our transportation system. It’s time to act — Missouri can’t wait.” 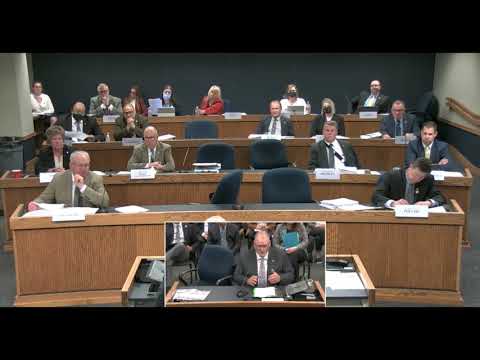