Eight of the fastest growing companies in Missouri were honored with the 2016 Missouri Chamber Fast Track award during the Missouri Chamber of Commerce and Industry’s Annual Meeting and Awards Banquet held at Big Cedar Lodge in Ridgedale, Mo., on Dec. 8, 2016.

“These are the companies that are driving economic growth in Missouri,” said Dan Mehan, Missouri Chamber president and CEO. “We consider these companies the superheroes of our economy. Many have overcome significant obstacles to be where they are today, but through hard work, innovation and perseverance they are thriving and providing thousands of Missourians with good paying jobs and opportunities.”

Medical Transportation Management (MTM), Lake St. Louis
Medical Transportation Management provides transportation services that deliver Medicaid patients to hospitals, doctors’ offices and therapy. Operating in 30 states, MTM provided 15 million trips last year for people in need of health care services. The company employs 2,000 people, with 600 of those employees based in the St. Louis area. The company doubled its revenue over the last three years, but MTM isn’t stopping there. The company has goals of reaching $1 billion in annual revenue. 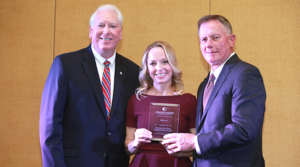 Onshore Outsourcing, Macon
Onshore Outsourcing’s phenomenal growth comes from a business model based on loyal, hard-working rural employees. While most IT companies look to urban centers for their workforce needs, founder Shane Mayes has built his IT enterprise, Onshore Outsourcing, in Macon, Mo. A Gulf War veteran, Mayes fashioned his training around boot camp, taking rural workers – often unskilled workers – and turning them into code writers for Fortune 500 firms. Onshore Outsourcing is bringing many IT jobs that have been sent overseas back to the United States and is providing good jobs for 400 employees in Missouri in the process. 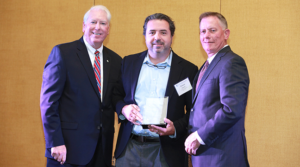 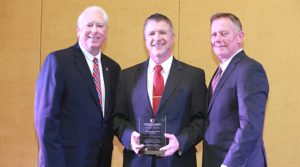 PFSbrands, Holts Summit
PFSbrands distributes 10 million pounds of chicken each year in grocery and convenience stores under the brand names Champs Chicken and Cooper’s Express. CEO Shawn Burcham credits his employees for the company’s explosive growth, which has nearly doubled in the last three years. He puts a lot of stock in his workers, so much so he plans to sell his company to his employees through an ESOP arrangement. 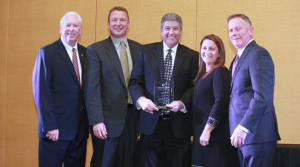 Spire, St. Louis
Acquisitions and a new name, Spire Energy, has positioned the natural gas company as one of the largest and fastest growing utilities in the nation. In recent years, the firm has grown from $900 million to more than $6 billion in revenues. Spire serves 1.7 million premises. But while its size may be big, the leadership at Spire Energy have not lost sight of what matters most – its employees. 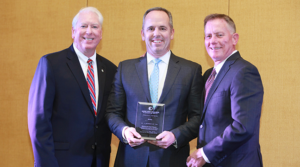 The Great Game of Business, Springfield
This company has written the book on how to succeed in business, literally. The Great Game of Business is a business consulting firm that was built around the highly acclaimed book written by Jack Stack on open book management. It provides lessons Stack learned in salvaging a failing manufacturing plant in the early 80s and empowers companies to grow through better employee engagement and ownership. Helping firms like Southwest Airlines, Harley-Davidson and Whole Foods in addition to thousands of other companies around the globe, The Great Game of Business has earned its spot on the Inc. 5000 list of fastest growing companies, in addition to the Missouri Chamber’s Fast Track listing. 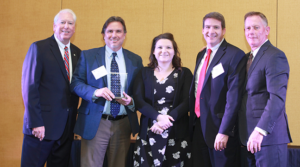 Warrensburg Collision, Warrensburg
Fixing things is what Warrensburg Collision does best. Casey Lund’s business was started by his dad, but his dad didn’t want his son to follow in to the business. Instead, Casey went to business school. But when his dad got sick, Casey came back to run the business and he realized this was the place he was meant to be all along. Lund brought together the business concepts he learned in school with his family’s expertise in collision repair and the combination has set Warrensburg Collision apart from all others in its field. Annual revenue has nearly doubled to $2 million over the last three years. 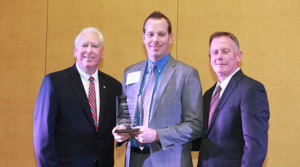