A bill to reform venue and joinder laws in Missouri has passed the Missouri House of Representatives. House members have sent House Bill 1578 to the Senate. The bill is sponsored by Rep. Glen Kolkmeyer, a Republican from Odessa.

The legislation is one of the most important civil justice measures being considered by the Missouri General Assembly this year. The state’s existing venue and joinder laws have allowed thousands of out-of-state cases to be transferred into Missouri, with most being filed in St. Louis courts which have a national reputation as being plaintiff-friendly. This legislation would end that practice and help address Missouri’s perennial status atop lists of the nation’s worst legal climates.

“Missouri’s taxpayer-funded state court system should not be treated like a clearinghouse for out-of-state trial attorneys seeking big paydays. It’s all too common today to see cases with no relevant ties to Missouri being moved into the state, clogging our state courts and harming our reputation as a business-friendly location,” said Daniel P. Mehan, Missouri Chamber president and CEO. “This is a jobs issue for Missouri. For Missouri to reach our economic potential, we have to stop being one of the top travel destinations for out-of-state trial lawyers. I’d like to thank Rep. Kolkmeyer and his colleagues in the Missouri House for making this a priority. It’s time to clean up Missouri’s courtrooms and stop venue shopping in our state.”

One downside to the House legislation is that it was amended to include an effective date. The amendment limits the legislation to only future lawsuits. It does not impact the thousands of cases already clogging Missouri’s courtrooms. The Missouri Chamber opposed this amendment.

Is improving Missouri’s legal climate important to your business? Let us know! 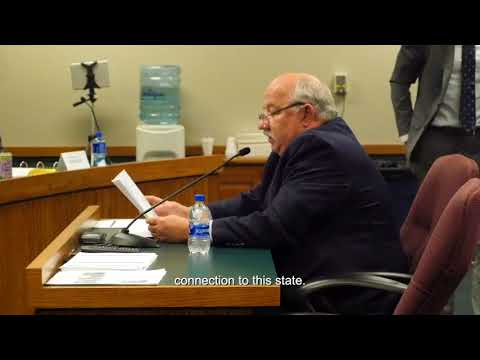