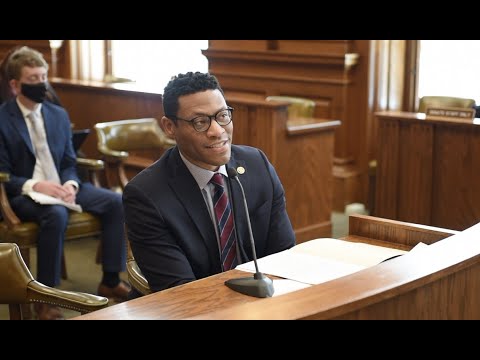 A bill in the Missouri Senate seeks to grow Missouri’s economy by helping businesses invest in research and development.

During a January 25 hearing in the Senate Economic Development Committee, Sen. Williams said his bill would “encourage businesses to grow research and development programs and increase workforce opportunities right here in the state of Missouri.”

“If the state encouraged this kind of investment — not to mention the benefit it would have coming out of a pandemic — I believe that it would really put our state on the right track,” he said.

Sen. Williams said that most states, including six states bordering Missouri, already have a similar tax credit in place. He also noted how his legislation would help minorities and economically-disadvantaged Missourians.

The Missouri Chamber of Commerce and Industry is a leading proponent of the measure. In his testimony in support of the bill, Missouri Chamber Director of Legislative Affairs Ross Lien said that the bill would help spur research and development growth in Missouri, with a special focus on growing Missouri’s technology industry. The legislation is supported by the Missouri Chamber Technology Alliance.

In the Missouri House, a similar bill is being considered by the House Economic Development Committee. House Bill 1579, filed by Rep. Don Mayhew, a Republican from Crocker, was heard on January 27 and now awaits a vote in the committee.