This bill could get more infrastructure construction projects funded

Missouri’s Prevailing Wage Law establishes a minimum wage rate that must be paid to workers on public construction projects in the state, such as bridges, roads and government buildings. That rate differs by county and by different types of work.

The bad news is, the law in its current form is costing taxpayers far more to fund these projects than the market dictates. In some areas of the state, it nearly doubles the cost on taxpayer-funded projects compared to costs of other local construction projects. And that could be the difference between a vital construction project being green-lit or remaining on the shelf.

One proposed fix for this is Senate Bill 927 sponsored by Sen. Gary Romine, a Republican from Farmington.

Among other provisions, this bill would exempt public bodies from prevailing wage laws for the construction of public projects that would cost less than $25,000.

The Missouri Chamber has held a long-standing position in favor of prevailing wage reform.

“At the Chamber we do have a strategic plan, Missouri 2030, and one of the focuses is improving the state’s infrastructure. We did a survey of business leaders and just over a third were satisfied with the basic infrastructure that the state has to offer,” said Matt Panik, vice president of governmental affairs at the Missouri Chamber. “We view this from an economic development perspective, improving the infrastructure of not only small projects but big, of course, as well. So the $25,000 floor, I think, will go a long way to helping some of these smaller projects get done across the state.” 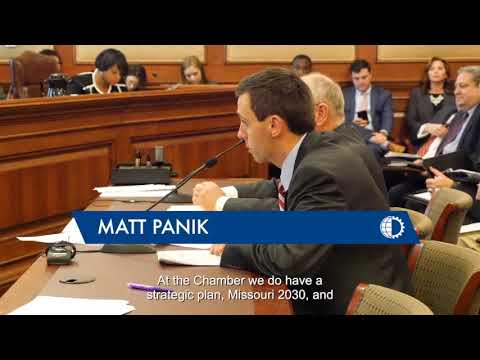