Member Feature: Honoring a Leader and Embracing a Legacy

The following article was shared by Missouri Chamber member company Steed Communities in honor of their founder Frank “Jay” Steed Jr. who died in October, 2021. Have a story to share? Contact Jacob Luecke at jluecke@mochamber.com

Jay Steed was an icon of the Table Rock community, investing his time, talents, and vision to contribute to local development and strengthening the foundation of several communities in the Midwest that he adored. 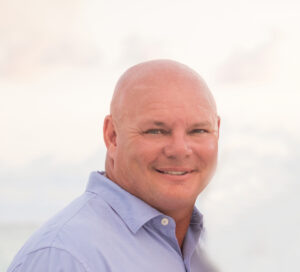 Originally from Memphis, Tennessee, Jay Steed had been a resident of Missouri for nearly 20 years. Graduating high school from Memphis University School he continued to play football where he excelled at Georgia Tech and Ole’ Miss. He went on to earn a Bachelor of Science Degree in Business from Christian Brothers University.

From a young age, his talent was displayed in sports and civic clubs such as Football, Soccer, Track, Peer Council, Youth Legislation, Pep Club, and Civic Services Club. Some notable achievements include being Team Captain his senior year at MUS, and Best of Preps 1985. Was nominated and played for the Tennessee All Start Football Team bringing home the State Championship in 1985.

Jay married the love of his life, Kim, in 2002 and moved his family from Arkansas to the Table Rock area, where they were very active and involved in the Table Rock Community.

Jay’s life’s work included his contributions in housing and community development in the fields of construction and hospitality.

As the largest employer in Kimberling City, Missouri he was a developer, entrepreneur, honored friend, and an unmatched visionary. His legacy includes master-planned communities such as Pinnacle Shores, Jax Creek Cabins, Jay Steed Homes, and Table Rock Resorts in both Indian Point and Kimberling City, along with major contributions to the growth of small businesses and entrepreneurs in the local area, such as: Duckees Drive-Thru Liquors, Steed Co. Construction, S&S Land Company, and Table Rock Concrete.

Jay built an impressive portfolio with Steed Communities, bore of his vision, expertise, and talents in designing and moving projects forward. 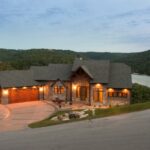 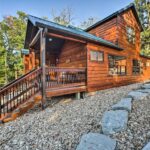 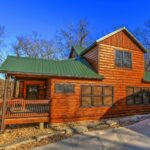 While building custom homes in the Ozarks for more than 25 years, he was named Top Builder in the United States by Windsor Windows. Proudly bringing high-efficiency green technologies and techniques, advanced construction science, systems, and materials to every home that the Steed name is attached to. Installing these home attributes in numerous communities will last through the generations.

He and his wife Kim Steed kept strong roots in Kimberling City and the surrounding areas. As a family-owned organization, Steed Communities will carry on its legacy and dream of bringing more families and opportunities to the area through economic development and advancing local career opportunities.

Jay believed that when we all work together, work hard, and do things the right way, we create a better place to live for everyone.

His longtime assistant of 27 years, Cathy Cosby, had this to say, “Jay was like one of my own, he was with me through losses and celebrations. He inspired me to succeed without me even knowing it. He had this innate ability to see someone’s talents and put them in a position to develop their skills. I’ve seen numerous young kids work under him and become men, learning, and developing their trade and skillset that they’ll be able to carry with them through the rest of their lives. He wasn’t just a boss – he was a true leader.”

A leader who created movement and change, not always by talking but more by setting an example of explanatory work ethic and community outreach.

Above all he put his family at the forefront and those close to him would say that was his driving force. Being an excellent coach guiding our next generations and his children through teamwork and determination.

A statement to his ongoing legacy to support local education, the Steed family created the Jay Steed Memorial Scholarship Fund at Central Bank in Branson West, MO. In recognition of his advocacy for student success, reflective of his joy in being a part of the great state of Missouri.