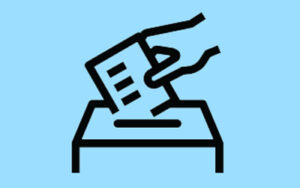 In recent election cycles, the initiative petition became akin to a free-for-all as hundreds of petitions were filed in the state. While only a fraction actually made it onto the ballot, some of those that did created concerns due to the complexity of the issues, confusingly-worded ballot language and the sheer quantity of initiatives that Missourians have been asked to vote on.

Amendment 1 in 2018 — often called Clean Missouri — is an example of the kind of policy that is created by Missouri’s initiative petition process. This amendment was bankrolled by out-of-state, anti-business activists who spent millions on a campaign to convince voters that the proposal would clean up state politics. However, the amendment’s most troubling provision was designed to radically redraw our state’s district boundaries.

Following the passage of Amendment 1, lawmakers have spent a significant amount of time working on legislation to give voters another chance to weigh in on these major changes.

In addition, the Missouri General Assembly is working to address the root of the problem by considering changes to reform the initiative petition process.

Sen. David Sater, a Republican from Cassville, is helping lead this effort. His Senate Bill 522 would create new guidelines for how petition backers would gather the needed signatures and establish reasonable fees for filing petitions with the Secretary of State. It also reforms how the language will appear on the ballot, helping ensure voters are given clear information about the language being considered.

Sen. Sater is also sponsoring Senate Joint Resolution 31 to ensure proposals to amend the state’s constitution are given extra scrutiny. For groups seeking to amend the constitution, the resolution would require them to gather signatures from 15 percent of the voters in each Missouri Congressional district, up from the current requirement of 8 percent. It would also require that constitutional amendments be passed by two-thirds majority. Currently a simple majority of votes is sufficient to change the constitution.

Both Senate Bill 522 and Senate Joint Resolution 31 were passed by a Senate committee in late January.

The Missouri Chamber supports efforts to reform the initiative petition system. Recent elections have created concern as to whether the state is adequately safeguarded against well-funded out-of-state activists who want to rewrite our constitution and laws. The Missouri Chamber will continue to push for passage of these reforms in 2020.