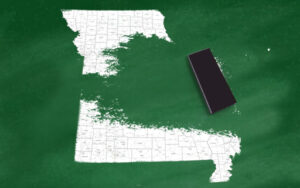 An effort to give Missouri voters a final say on how legislative districts are drawn was successful on election night as voters chose to end a radical redistricting experiment that threatened to upend the state’s pro-business progress.

Amendment 3 was passed with 51% of Missourians voting in favor. The passage of Amendment 3 is a victory for economic growth and progress. The amendment passed despite a massive campaign — largely funded by out-of-state activists — aimed at defeating Amendment 3 at the ballot box.

Amendment 3 is a response Amendment 1, which voters approved in 2018 and contained some drastic redistricting elements disguised as ethics reform.

At the time, Missouri Chamber of Commerce and Industry sounded the alarm against Amendment 1 and even challenged it in court. The concern came as the measure’s redistricting plan appeared to be designed to diminish or wipe out the General Assembly’s pro-business majority — which has helped pass numerous meaningful reforms in recent years. Amendment 1’s implementation would lead to as many districts as close to 50/50 in partisan representation as possible, disregarding the need to keep communities of interest together.

The passage of Amendment 3 removes the “non-partisan” state demographer from the process and returns the responsibility of drawing district lines to a bipartisan commission appointed by the governor.

Most importantly, Amendment 3 corrects the fatal error of Amendment 1 – the sweeping reordering of the priorities used to draw state legislative districts. Amendment 3 restores common sense by ensuring that, before partisan politics can be considered, districts must be drawn to be compact and contiguous. The very simple principle of local representation would be restored and protected by Amendment 3.