Reforming the unemployment system to get Missourians back to work 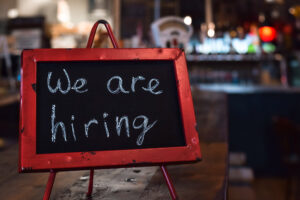 With labor shortages being reported across Missouri, a state Senate committee is considering legislation to get unemployed Missourians back into the workforce.

A recent poll by the Missouri Chamber of Commerce and Industry shows widespread concern about the availability of labor in the state.

More than half of business leaders say talent is the top issue impacting their profitability. Furthermore, nearly 70 percent of Missouri employers say workforce is either the first or second biggest thing impacting their growth. Both of these numbers are large increases over previous years, indicating the workforce shortage is becoming more severe.

Under current law, these Missourians will be able to stay on unemployment for up to 20 weeks.

To address this issue, the Missouri Chamber is championing a bill that would change how the unemployment system works, making it more responsive to the state’s economic climate.

Under Senate Bill 665, Missourians would only be able to receive 20 weeks of unemployment when jobs are scarce. However, when jobs are plentiful — like in today’s economy — the benefits would end much sooner, encouraging Missourians to re-enter the workforce.

“Everyone is having troubling finding employees. This is a good way to get people back into the workforce.” said bill sponsor Sen. Mike Bernskoetter, a Republican from Jefferson City, during a hearing on his bill by the Senate Committee on Small Business and Industry.

Similar legislation has been under consideration for years, and nearly become law in the recent past.

The Missouri Chamber believes that today’s current labor shortages create an urgent need to finally pass this legislation into law as soon as possible.

Another innovative idea under consideration in the Senate Committee on Small Business and Industry would task the Missouri Department of Labor and Industrial Relations with helping unemployed Missourians get matched with jobs that fit their skillsets.

Under Senate Bill 777, employers would submit open positions to the state. These jobs would then be shared with Missourians who are using unemployment benefits and have skills that match the qualifications. People who choose to ignore these opportunities would risk losing their unemployment benefits.

Bill sponsor Sen. Rick Brattin, a Republican from Harrisonville, said the proposal is modeled off an idea taken from South Carolina.

“I think this is a smart way to do this especially when we are driving around our communities and seeing businesses that are having to close early and shut down because they’re not able to obtain workers while we have several thousand workers remaining on unemployment benefits,” said Brattin during a Senate hearing.