Bipartisan bills to improve computer science education in Missouri have passed the Missouri Senate and House of Representatives.

The bills would incentivize more Missouri high school students to take computer science courses by allowing the courses to count toward graduation as a math, science or elective requirement. In addition, the bills would:

These provisions are included in House Bill 1623, sponsored by Rep. Travis Fitzwater, a Republican from Holts Summit. The Senate version of the bill is Senate Bill 894, sponsored by Sen. Doug Libla, a Republican from Poplar Bluff, and Sen. John Rizzo, a Democrat from Kansas City. Both bills were passed with bipartisan support. The bills still face additional committee and floor votes before they are finally passed and sent to Gov. Eric Greitens to be signed into law.

“There is a substantial skills gap in Missouri when it comes to computer science education. Already, our state has about 10,000 open computer science jobs and these careers are growing at a faster rate than jobs in most other fields,” said Daniel P. Mehan, Missouri Chamber president and CEO. “For our economy to thrive, Missouri needs to focus on doing a better job preparing students for work in computing jobs. When we give more of our high school students the opportunity to access high-quality computer science coursework and learn about the career opportunities available in this field, we will go a long way toward addressing this need. I’d like to thank the Missouri House and Senate for making this issue a priority this session. I encourage them to continue this effort and quickly pass this legislation to the governor’s desk.” 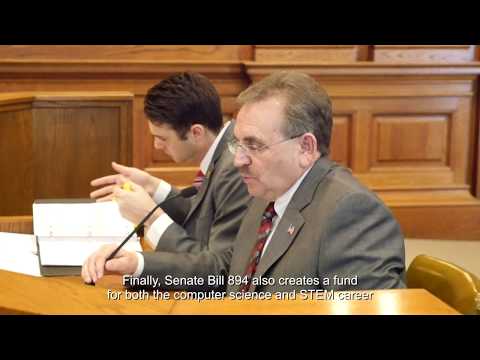