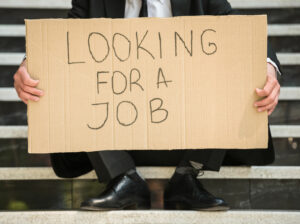 Missouri’s Unemployment Trust Fund has borrowed money from the federal government during the last five economic downturns, costing employers millions of dollars in interest. Legislation approved by a Senate committee this week would help stabilize our system, saving employers millions while ensuring that this safety net remains intact for Missouri’s unemployed workers.

“Missouri employers understand their duty to pay into the Unemployment Compensation Trust Fund. However, businesses have not been satisfied with a system that also forces them to pay unnecessary loan interest payments—and does so repeatedly,” said Tracy King, Missouri Chamber vice president of governmental affairs. “We believe the provisions in this bill could stabilize the

fund so that the benefits, which unemployed workers depend on are protected.”

The legislation, House Bill 288, is sponsored by Rep. Scott Fitzpatrick, a Republican from Shell Knob. It ties Missouri’s jobless benefits to the state’s unemployment rate, providing more weeks of unemployment payments during a recession and fewer weeks of benefits when jobs are plentiful. The bill also requires increased payments from employers to help the state’s Unemployment Compensation Trust Fund reach a balance that is capable of paying for benefits without going into debt.

The legislation is the same as House Bill 150 passed by the General Assembly in the 2015 Legislative Session. The legislation was vetoed by former Gov. Jay Nixon. Although Gov. Nixon’s veto was overridden, the Missouri Supreme Court ruled that the manner in which it was overridden was unconstitutional and so the legislation never became law.

The legislation now awaits debate by the full Senate.