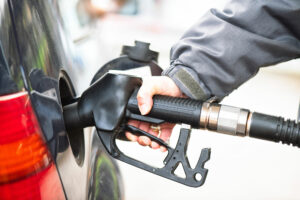 In response to an attempt to overturn vitally-needed transportation funding, the Missouri Chamber of Commerce and Industry is fighting to protect this passed legislation.

Opponents have filed paperwork to overturn Senate Bill 262 at the ballot box. The bill was passed by the Missouri General Assembly and would boost the state’s economy by investing in infrastructure projects. It only needs the governor’s signature to become law.

To stop the bill from going into effect, opponents will need to gather a substantial number of signatures from Missouri voters this summer so the issue could be approved to appear on a statewide ballot.

The ballot language for the proposed referendum that would send Senate Bill 262 to the voters should fairly and accurately portray the language of the bill and the long-term investment Missourians would be making in their transportation infrastructure. It is important that the ballot language reference that the increased motor fuel tax will be invested in transportation infrastructure. The fair ballot language should accurately reference the refund to which substantially all drivers are entitled. The ballot language should also accurately depict the gradual, incremental nature of the increase to the motor fuel tax over a term of years. Language regarding the other portions of the bill should be presented in a straightforward way as well.

Considering a potential ballot challenge, it’s also important to consider how the approved legislation was written to give Missouri drivers a choice about transportation funding. As written, the legislation allows anyone who doesn’t want to see transportation improvements in Missouri to get their dollars back.

However, the Missouri Chamber believes that most drivers won’t mind paying a little more at the pump to make needed investments in our transportation system. The bill would phase in an increase in the gas tax by 2.5 cents each year over five years. The legislation also phases in increased fees on electric vehicles.

The Missouri Chamber is also reviewing the ballot petition and considering a possible court challenge should any legal concerns arise.

As this unfolds, the Missouri Chamber is continuing to promote the transformative impact this legislation will have in our state.

A recent economic impact study found that when we modernize our transportation system through this legislation, we are creating a $1.8 billion positive impact on Missouri’s economy. This would also create $722 million in additional earnings across the state and generate more than 17,000 jobs.

This will lead to roughly $500 million per year in additional funding for critical projects at the state, county and local level.

This transportation funding package was backed by a strong, bi-partisan coalition in the Missouri General Assembly — with support from the broad Missouri Can’t Wait coalition spearheaded by the Missouri Chamber.