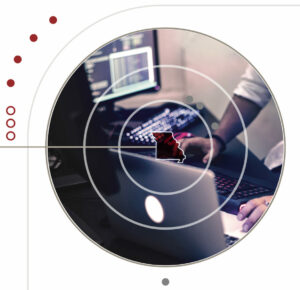 When the Missouri Chamber Foundation tasked economist Ted Abernathy with researching our state’s technology industry, he was surprised at what he found.

“One of the things that stood out for us was just how strong the technology industry is in Missouri,” said Abernathy, principal of research firm Economic Leadership LLC and author of the Missouri Chamber Foundation’s Technology2030 Report.

The most notable finding? Missouri is projected to be one of the 10 fastest-growing states for the technology industry in the next five years.

“I don’t think anybody really pays much attention to that,” said Abernathy. “Locally, we asked around and it wasn’t getting a lot of traction, so we did the report looking at what the strengths and weaknesses are of the technology sector and the technology occupations in the state as a way to help brand the state but also a way to create a public policy agenda for the state chamber to strengthen the industry.”

Released in early 2019, Technology2030 is a companion study to Missouri 2030, the research driving the Missouri Chamber’s strategic initiative to make our state an economic leader.

In recent years, tech growth has spread from locations such as the San Francisco Bay Area, with which it has long been associated, to new markets across America.

Missouri is well-poised to take advantage of this trend. The state remains a relatively low-cost option compared to coastal cities. Kansas City and St. Louis have earned national reputations as outstanding locations for tech businesses. All the while, pockets of inspiring innovation are happening in Missouri’s mid-size cities and small communities across the state.

The data revealed that the finance and insurance sector is the sixth-largest employer of tech workers in Missouri, with 14,932 jobs. Financial institutions increased their tech workforce by 19 percent from 2012 to 2017, and tech workers account for more than 11 percent of the total financial industry workforce in Missouri. 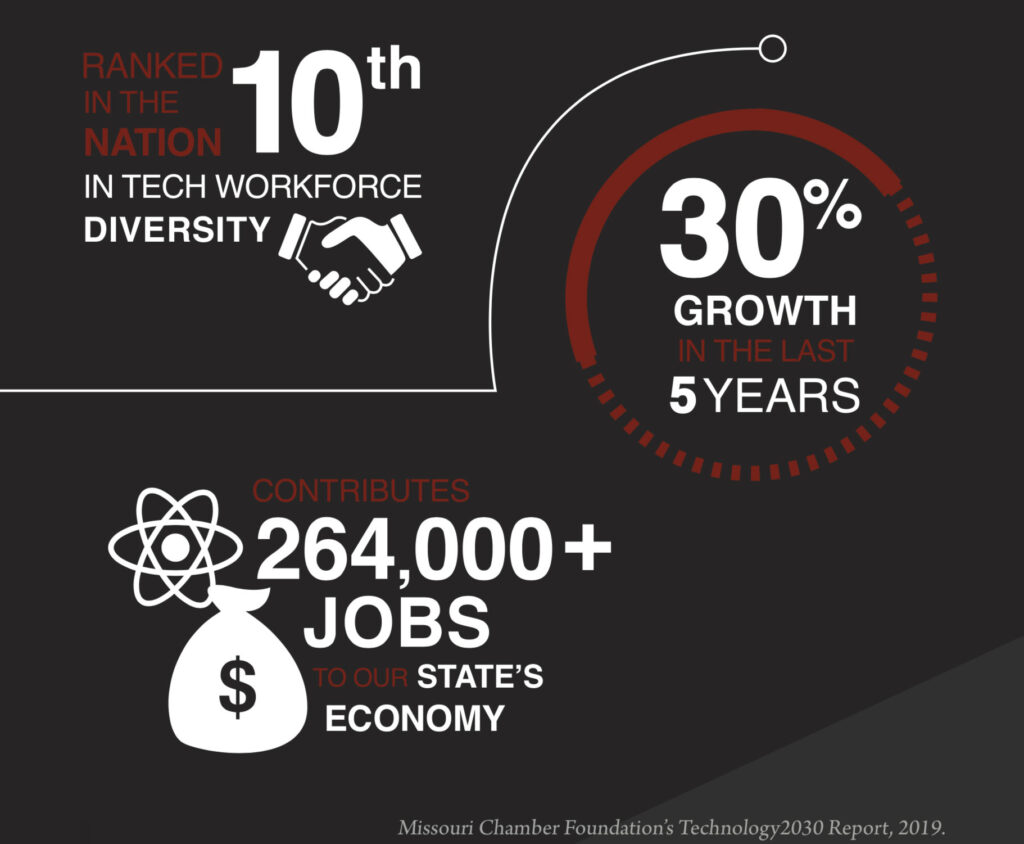 Missouri also benefits from a strong banking industry presence. Three of the top 10 largest U.S. finance firms are based in St. Louis, which is considered one of the largest financial services hubs outside of New York City.

However, Missouri did score low in some aspects. This included access to broadband — a critical resource for growing businesses — in which Missouri ranked 42nd nationally.

The report forecasts the tech sector will grow only in the urban areas of the state until broadband access is available and adopted in the rural portions of the state.

Rural internet expansion is a key focus for Tim Arbeiter, director of the Missouri Office of Broadband Development.

“We have a ton of great providers in Missouri, but the economics and return on investment is a struggle when we’re talking about low- density areas, most of which are in the rural areas of our state,” said Arbeiter at the Missouri Chamber’s Technology2030 Conference held in 2019. “So we have to come up with those strategies to help incentivize [broadband expansion] and come up with that public- private partnership and make that a possibility in rural Missouri.”

Another challenge is the need to increase small business funding. Missouri scored 36th in small business loans and 37th in SBIR/STTR funding, two factors that must be addressed to help round out the entrepreneurial strengths of the tech sector.

Missouri Chamber President and CEO Daniel P. Mehan said the Missouri Chamber is using Technology2030 research to unite the state’s tech industry and work with policymakers to ensure we can address the issues affecting technology sector growth in Missouri and capitalize on our state’s potential.

“We’ve long said that technology is the future of our economy. Technology2030 makes it clearer than ever that the future is now,” said Mehan. “To make the most of today’s positive trends, Missouri must make progress on several fronts. We need to improve our broadband and infrastructure. We need to continue our focus on preparing our workforce for the jobs of today and tomorrow. We also need to be aggressive in our efforts to attract tech investment to our cities and to smaller communities across the state.” 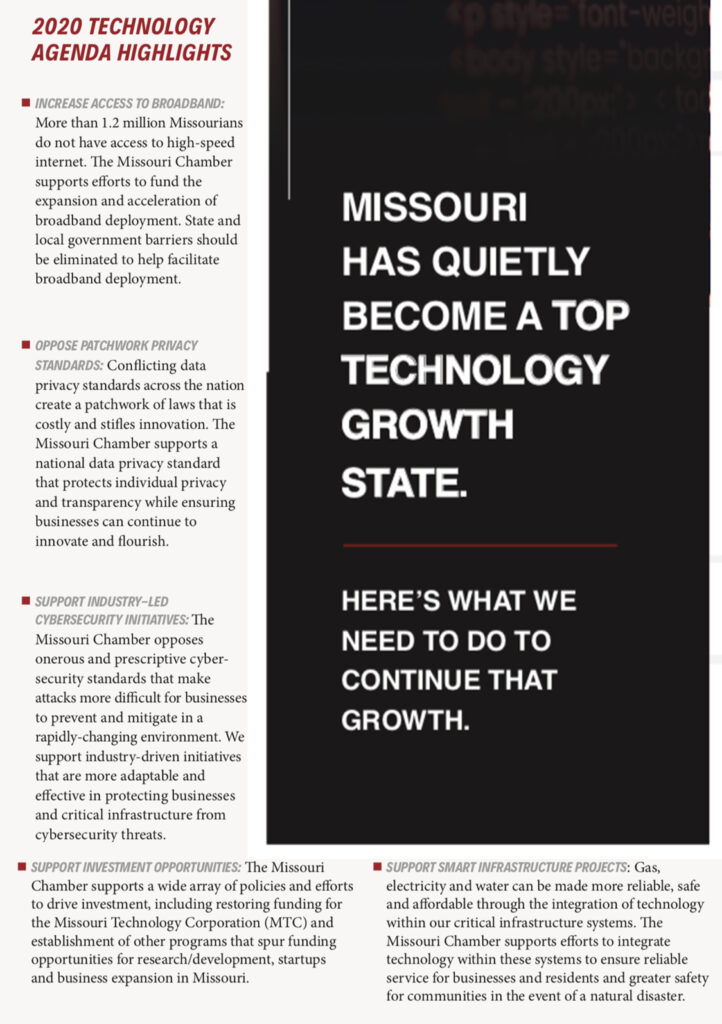 Click here to read all of our 2020 Technology Agenda action items.