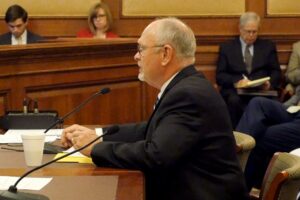 A Missouri House committee has passed a bill to help preserve arbitration as a fair, low-cost tool that employers and employees can use to resolve disputes without turning to the courts.

House Bill 1512 successfully passed committee on Jan. 22 and is on its way to the House floor. You can read more about that bill here.

Meanwhile, a Senate committee began discussions on its own arbitration bill. Senate Bill 578 sponsored by Sen. Gary Romine, a Republican from Farmington, would help ensure arbitration agreements remain a viable option in the state.

Missouri court decisions have eroded the system of arbitration and as a result, many of the workplace arbitration agreements that currently exist in Missouri may not be enforceable.

Sen. Romine’s bill states that in arbitration agreements between an employer and employee, the arbitrator must make all initial decisions rather than taking the dispute to court. This would help resolve disputes in a more efficient and cost-effective way.

“This bill is necessary because despite the United States Supreme Court requirement that employment arbitration be held to the same scrutiny as any other contract, the Missouri courts continue to strike down arbitration agreements across the state,” said Janet Mark, who represents Hallmark in Kansas City.

The Missouri Chamber of Commerce and Industry has been a strong supporter of arbitration protection.

“This is an important tool that our employers use and it’s a fair way to adjudicate claims brought between the employer/employee context. And this helps bring clarity to an area of the law that has been subject to judicial interpretation,” said Justin Arnold, general counsel for the Missouri Chamber.