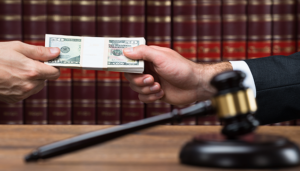 Walker, who currently serves in the Missouri House of Representatives, has not supported the Missouri Chamber of Commerce and Industry’s efforts to pass reforms to our state’s legal climate. His vote record shows votes against venue and joinder reform and punitive damages reform — two critical pieces of legislation that could help bring fairness to our state’s courtrooms. He was absent from a vote on the Business Premises Safety Act.

The latest polling shows Walker trailing in the race. However, there is a fear that he could use his trial attorney donations to narrow the gap and perhaps win the August 7 primary.

“This is what the Missouri Chamber PAC is up against this election cycle,” said Daniel P. Mehan, Missouri Chamber president and CEO. “The trial attorneys will be trying to buy this race and others to stop our progress on our tort reform agenda. We need to push back by supporting candidates who are willing to stand up for our top priorities.”

The Missouri Chamber PAC has not endorsed in this race, but wanted to share this important information with our membership. We cannot allow our pro-business agenda to be compromised by legislators who are not willing to stand up for our top priorities.