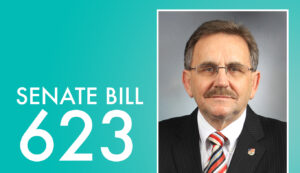 A bill to provide a fix to the state’s transportation funding shortfall was third read and passed by the Senate by a vote of 21-10 this week, sending it to the House for further debate.

Senate Bill 623 proposes an increase to the state’s fuel tax to ensure Missouri has adequate funding to maintain the state’s infrastructure. The bill, sponsored by Sen. Doug Libla, R-Poplar Bluff, would ask Missouri voters to approve an increase in the tax on motor fuel by 5.9 cents per gallon.

The motor fuel tax hasn’t been adjusted since 1992, and it gradually phased into the current level of 17 cents per gallon in 1996. This rate has remained the same for the last 20 years despite the growing need for infrastructure improvement.

“A major component of our Missouri 2030 agenda is addressing the state’s infrastructure problem,” Green testified.  “It’s clear that a safe and reliable transportation network is critical to Missouri and its business community now and in the future. We applaud the Senate’s work on the passage of this bill and look forward to working with the House in the same fashion.”

For more information about transportation issues, contact Brad Green at bgreen@mochamber.com or by phone at 573.634.3511.