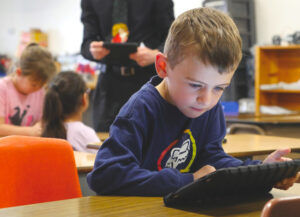 The Missouri General Assembly has passed a budget that invests in areas that are critical to the future of our state’s workforce.

The budget fully funds the state’s public school funding formula for the second straight year. It would boost school funding by roughly $99 million in the coming year, totaling about $3.5 billion. The budget also provides stable funding for the state’s public colleges and universities. Earlier in the year, Missouri’s higher education community was concerned that budget discussions could bring as much as $65 million in cuts to public institutions. However, budget leaders worked to avoid those reductions.

This budget continues the legislature’s work to prepare Missouri workforce, a goal that aligns with the Missouri Chamber of Commerce and Industry’s strategic plan: Missouri 2030.

“I’d like to commend the leadership of the Missouri General Assembly for wisely investing in the people of our state. Our policymakers understand that in order to develop the workforce we need, we must be willing to give our young people — and anyone with the desire to learn a valuable skill — the opportunity to better themselves and provide value to our economy,” said Daniel P. Mehan, Missouri Chamber President and CEO. “We would like to especially thank appropriations committee chairmen Rep. Scott Fitzpatrick and Sen. Dan Brown for their work this year. Writing the state budget is a daunting task. We greatly appreciate their expertise and their efforts to prioritize state funding in a way that will help better prepare our workforce for the jobs of today and tomorrow.”