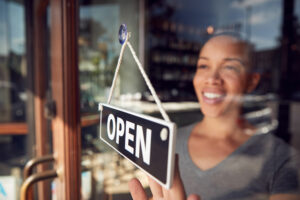 A Senate committee met on Feb. 9 to hear two bills that would impact Missouri employers. Here are the highlights.

Established business relationships between franchisees and franchisors have been at risk of being negatively impacted by changes to the joint employer standard at the National Labor Relations Board (NLRB).

The key to franchising has historically always been that a franchisor and franchisee are distinct legal entities, with the NRLB only counting two separate businesses as joint employers if the putative joint employer had direct, immediate control over the employees of the other. However, a problem arose in 2015 when the NLRB created legal peril for these small local companies by replacing a clear, bright-line joint employer definition with a vague, multi-factored standard. Research showed this has cost businesses across the U.S. between $17–33.3 billion annually and killed up to 376,000 potential jobs.

In 2021, the NLRB issued a final joint employer rule that restored the “direct and immediate control” test that had been in place for decades before being replaced by an “indirect control” test in 2015.

Several states have since adopted laws that protect the independence of small franchisees and stops them from being linked to national lawsuits. Senate Bill 94, brought forward by Sen. Bob Onder (R-Lake St. Louis), seeks to bring a similar law to Missouri.

The Missouri Chamber supports this reform to protect jobs and small businesses.

Under this bill, any employer required to make contributions to the unemployment compensation fund would pay an annual unemployment automation adjustment equal to .015 percent of their total taxable wages for the twelve-month period ending the preceding June 30th. The bill does not result in an increased assessment to employers, but rather uses a small portion of the current assessment to improve administration of the unemployment insurance system.

Senate Bill 115 is sponsored by Sen. Mike Bernskoetter, a Republican from Jefferson City.

“This would help fund automation improvements to the state’s unemployment system. The DOL has experienced unprecedented unemployment related services over the last 12 months. We have quite a few modernization things that other states don’t have, but the need to improve our automation is still great. So this bill will help support our existing unemployment automation fund and help Missouri comply with federal mandates to disperse funds as quickly as possible,” said Bernskoetter at the bill’s Feb. 9 committee hearing.