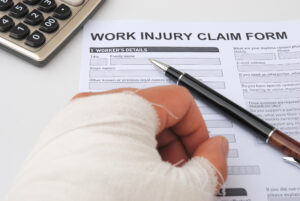 When someone is injured on the job, Missouri’s workers’ compensation system ensures there are resources available to help that person recover and return to work. The Missouri Senate has voted to protect this vital employer-funded program from a costly 2015 Missouri Supreme Court ruling.

The court’s decision in Greer v. Sysco Foods allows workers to re-open their workers’ compensation claims if they decide to seek additional medical treatments—even years after a doctor says they have recovered. This change stops employers from ever getting closure on workers’ compensation claims. Senate Bill 66, sponsored by Sen. Dave Schatz, a Republican from Sullivan, addresses this concern by stopping temporary workers’ compensation benefits once an employee reaches maximum medical improvement, the point when a physician determines the employee’s condition is stable and is not expected to further improve.

The Senate has passed Senate Bill 66, sending it to the Missouri House of Representatives.

“When a worker is hurt, nothing is more important than getting that person the help they need. Employers sup-port this system and are compelled to get their staff members better and back on the job,” said Brian Bunten, Missouri Chamber general counsel and director of legislative affairs. “In order for this system to have balance, there must be a definitive moment when those temporary benefits close. Senate Bill 66 establishes a fair, logi-cal ending point: When the worker has healed as much as they possibly can. We thank Sen. Dave Schatz for his leadership in this area and we now ask the Missouri House of Representatives to take up this bill and pass it.”