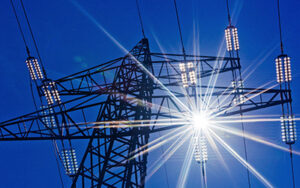 The Missouri Senate has given first round approval to a bill that will help modernize the state’s utility infrastructure while hastening the passage of more than $100 million in federal tax savings to Missouri utility customers.

Senate Bill 564 is sponsored by Sen. Ed Emery, a Republican from Lamar. The bill includes a provision that will ensure energy consumers receive the full benefit of the Tax Cuts and Jobs Act of 2017. This provision will enable Missouri utilities to quickly pass their corporate tax cut savings on to consumers, saving Missourians more than $100 million on their energy bills.

While other states have been able to quickly pass utility corporate tax cut savings on to their customers, Missouri’s regulations prevent energy companies from doing so outside of a rate case.

“Without legislation, it could take months or even years for Missourians to receive this rate cut. This bill would significantly speed up the process,” said Daniel P. Mehan, Missouri Chamber president and CEO. “If Senate Bill 564 becomes law, the legislation would cut and cap electric rates, keep rates stable for years to come and make Missouri’s energy grid smarter and more secure.”

The bill still needs a final Senate vote before it moves to the House of Representatives.