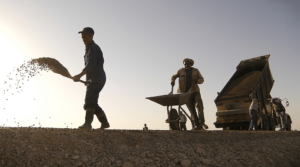 A PLA is an agreement between construction firms and construction unions. Under current state law, firms bidding to work on a public construction project can be required by local governments to enter into collective bargaining with the unions, hire workers through union hiring halls, and pay union wages and benefits, whether the contractor typically uses union labor or not.

In some parts of the state, this reform could save Missouri taxpayers thousands of dollars.

“At a time when we are facing massive budget shortfalls and must search for ways to more efficiently fund our education, infrastructure and other government works, this agreement is just common sense,” Bunten said.

Any entity that would violate the law is liable to the person affected for equitable damages. Violation also makes entities ineligible for state funding, including tax credits for two years.

The bill awaits further debate by the Missouri Senate.