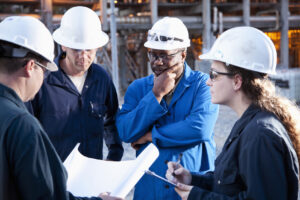 When it comes to firing or demoting an employee, those business decisions should never be motivated by whether that employee previously made use of workers’ compensation benefits after a workplace injury.

This “motivating” standard would be codified in Missouri statute under a bill passed by the Missouri Senate. Senate Bill 113 makes it clear that Missouri employers could not use workers’ compensation claims as motivation to fire or otherwise discriminate against injured employees. The bill was necessitated by a 2014 Missouri Supreme Court decision. The court’s ruling in Templemire v. W&M Welding broadened the state’s standard. It opened the door to additional lawsuits due to the lower “contributing factor” standard established by the court.

Changing Missouri’s law to look for motivation in these cases will bring the state in line with federal law and help improve Missouri’s legal climate — a major initiative advocated by the state’s business community and being pursued by the Missouri General Assembly and Gov. Eric Greitens.

“When national organizations say Missouri’s legal climate is among the worst in the nation, it’s time to act. Senate Bill 113 protects injured Missourians against workplace discrimination while also providing a level playing field in court,” said Brian Bunten, general counsel and director of legislative affairs for the Missouri Chamber of Commerce and Industry. “On behalf of the state’s business community, I’d like to thank Sen. Dave Schatz for sponsoring this bill and I encourage the General Assembly to continue their work to pass this change into law in 2017.”