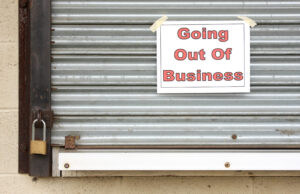 Missouri lawmakers are working quickly to reverse the impact of a recent Supreme Court ruling that will raise some St. Louis City employers’ labor costs by nearly 30 percent. Under the ruling, employers paying minimum wage in St. Louis City are required to increase that rate to $10 an hour in just a few days, or face fines and jail time. The rate is scheduled to increase to $11 an hour on January 1, 2018.

The Supreme Court ruling was delivered with just one day remaining for filing bills in the 2017 Legislative Session. Working with the Missouri Chamber of Commerce and Industry, Rep. Dan Shaul and Rep. Jason Chipman quickly filed House Bill 1193 and House Bill 1194, which would preempt and nullify all local laws establishing minimum wage rates higher than Missouri’s state minimum wage. House Bill 1194/HB 1193 was reviewed and approved by a House committee on March 6 and was debated and approved by the full House on March 9.

“We appreciate the quick action by the Missouri House of Representatives to clarify the legislative intent of the law and rein in this overreach by the Missouri Supreme Court,” said Dan Mehan, president and CEO of the Missouri Chamber of Commerce and Industry. “Forcing Missouri employers to work under a patchwork of inconsistent wage rates is counterproductive. Creating an island of increased
wage levels will simply drive jobs out of that area.”

St. Louis City employers have had to endure many challenges in the past two years. The uncertainty caused by the recent Supreme Court ruling adds another burden.

“The best thing we can be doing to grow prosperity in St. Louis City is to provide more jobs,” said Mehan. “We applaud lawmakers for understanding that need and for working to empower employers, not criminalize them.”