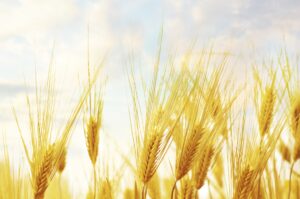 Thanks to a ruling by a U.S. District Judge, the State of California was halted from requiring a misleading cancer warning label to be added to packaging when glyphosate herbicide is used in food production.

The ruling is an important victory for our state. The herbicide in question is commonly and safely used on farms in Missouri and across the country. Inaccurate warning labels would have posed real harm to the agriculture and food production industries vital to Missouri’s economy.

In November of 2017, the Missouri Chamber joined a coalition of agricultural and business groups to bring forward the lawsuit, saying that studies don’t back up the connection between glyphosate and cancer. The lawsuit argued the glyphosate warning is unconstitutional and ignores California’s own scientific conclusions and the conclusions of every regulatory body in the world—that glyphosate is safe and not carcinogenic.

Judge William Shubb agreed, writing that the warning would be misleading to the ordinary consumer.

“Given the heavy weight of evidence in the record that glyphosate is not in fact known to cause cancer, the required warning is factually inaccurate and controversial,” Shubb’s opinion stated.