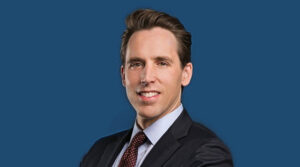 Missouri Attorney General Josh Hawley has filed a brief in federal court arguing that the statute protecting the director of the Consumer Financial Protection Bureau (CFPA) from removal by the President is unconstitutional.

In October 2016 a panel of the D.C. Circuit found that the CFPA violates the Constitution’s separation of powers. On February 16, 2017, the full court of appeals agreed to rehear the case, prompting states to take action.

The Consumer Financial Protection Bureau was created during the Obama Administration, as part of the Dodd-Frank Act. It is designed to be a consumer protection arm of the federal government focused on the financial sector. However, the Act gave the position far-reaching authority and limited oversight. The director cannot be removed by the President except for cause, a protection that does not exist for any other federal agency head.

“Government bureaucracies shouldn’t be able to impose burdensome regulations on small business and local banks without political accountability,” Hawley said. “Reforming this blatant violation of the separation of powers is essential to preserving the Constitution’s model of accountable, democratic government.”

The Missouri Chamber of Commerce and Industry agrees.

“Our member financial institutions have deep concerns about a position that has significant power to impact their industry with very little oversight or accountability,” said Dan Mehan, Missouri Chamber president and CEO. “We applaud General Hawley’s leadership in this action.”

General Hawley is leading this effort. The Missouri Attorney General’s office wrote the brief and fourteen other states agreed with the position and joined the action.