Lawmaker: Gun-free businesses should be liable for injuries 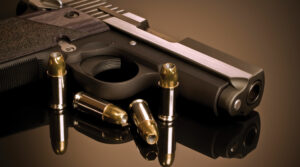 In January, a new law went into effect allowing Missourians to carry guns without training or a permit. The law has raised questions among some in the business community who wonder how the state’s new openness toward carrying guns meshes with the signs they have posted on their doors banning guns.

While the new law still allows private businesses to ban guns, it’s an open legal question whether or not business owners could be held liable in court for injuries or damages that occur in gun-free zones.

House Bill 96 would answer that question — businesses would be liable.

The bill would codify that if businesses post signs banning guns, they become responsible for protecting people from being harmed by the actions of other people or viscous animals.

If someone is injured or suffers property damage at a business that bans guns, that person “shall have a cause of action against a business entity prohibiting the possession of firearms or other arms,” according to the bill.

Bill sponsor Rep. Nick Schroer said that his bill would bring clarity to the situation in Missouri, which he described as a “Wild West in terms of lawsuits,” during a House committee meeting this week.

He stressed that his bill would not prohibit businesses from continuing to post gun-free signs.

“I’ve been on record in several interviews about this bill stating that I think that the concept of a gun-free zone doesn’t mesh with what I believe is in the best interest of the business,” said Schroer, a Republican from O’Fallon. “However, I’m not a business owner … I believe the government shouldn’t be meddling in terms of what businesses can and can’t do. But, as of right now, businesses already have a duty, a heightened duty to protect those who come into their business.”

Even if gun-free businesses hire armed guards, Schroer said they should still be considered gun-free zones.

“Look at, let’s say, Bank of America, a gun-free zone,” he said. “Nobody can bring in firearms, aside from the guards, and it’s posted. Whether it’s posted or not, when you’re stripping somebody of their Second Amendment rights, and the ability to defend themselves, that to me is a gun-free zone.”

Schroer acknowledges that his bill is imperfect and said his intention was to start a discussion. His bill has yet to have a formal hearing.